Although her use of virtual-instruments--expertly and painstakingly programmed--allow her compositions to come to vivid life, what balances out all the electronics is Lee's quite stunning acoustic guitar improvisations. 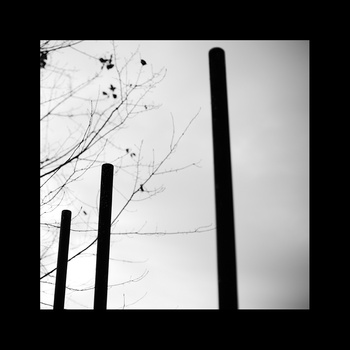 Songs From The Breastbone Drum

Singaporean guitarist and composer Domina Catrina Lee is not a household name. In a more just universe, she would be. Lee possesses a seemingly infinite musical imagination. Working with a computer and a "budget" acoustic guitar, Lee has crafted a collection of highly creative, often large-scale works that defy categorization.

Although her use of virtual-instruments—expertly and painstakingly programmed—allow her compositions to come to vivid life, what balances out all the electronics is Lee's quite stunning acoustic guitar improvisations. Saxophonist John Coltrane once said that a person should have just enough technique to say what they had to say. Lee's guitar work is the embodiment of that ethos. She has codified her own highly personal improvising language by synthesizing elements of John McLaughlin, Pat Metheny and Steve Tibbetts. Those are just reference points though, because she does so without ever sounding derivative.

Lee has a gorgeous sense of melody, often episodic in practice. She has a distinctive understanding of the nature of the instruments she writes melodies for. It's never just a matter of writing a long form melody and distributing to different instruments for balance. Rather, she exploits the details of each tool she composes for—when it's a melody for the electric bass it's specific to that alone. The lines she assigns to piano or oboe, are different entirely.

The disc begins with Lee's ambitious title track, "Songs From The Breastbone Drum." Piano flourishes and string quintet stabs are underscored by a wicked tabla beat. Brief acoustic guitar interludes weave in and around the more composed sections. Enough can not be said about the organic quality of Lee's guitar concept: it's both highly developed and crude in the best sense of the word. There are long, beautiful stretches of oboe melody winding around the cinematic arc of "S.F.T.B.D.," an impressive opener. The next piece, "Fire Naked Prelude," showcases Lee's creative understanding of dissonance. She forged this piece with a completely de-tuned acoustic guitar and the results are startling. "Fire Naked Boom" uses an extremely complex series of odd-meters, a nasty electric bass line over tablas and other exotic percussion. Snaking in and out are spoken voices. Lee's guitar solo echoes snippets of McLaughlin and Ralph Towner—without aping either.

The disc continues with "Ballad Of The Forgotten—Threnody For Vincent Van Gogh And Nikola Tesla." This suite begins with questioning voices, virtual ethnic flutes, whistles and theremin, and heavily processed guitars. There are often piercing sounds offset by choir and orchestral washes. The piece ends with what might be a cell-phone ring tone and the sound of boots on gravel. This "ballad" is a perfect example of Lee's wide ranging creative arc. Up next is a radical re-harmonization (and re-thinking) of the folk standard "Scarborough Fair." There are hammered chords, a woodwind trio, piano and synth pad backgrounds supporting a bluesy guitar solo that constantly shifts the fulcrum point between consonance and dissonance. "The Story So Far" is sort of a fusion / bop hybrid (it's the closest this album comes to sounding like conventional jazz). Lee's acoustic guitar is processed so heavily that it's easy to forget what instrument is actually playing at times. While the ride cymbal sound is true and accurate, the snare drum chatter sounds a little out of place. But the 1970s synthesizer sounds are dead on.

"The Shape Shifter Suite I" features fingerpicked , arpeggiated chords—alongside a synthesizer patch strongly reminiscent of Lyle Mays. There's lots of tuned percussion and the whole piece uses constantly shifting odd-meters and creative repetition—evocative of composer Steve Reich. There is an intricate violin melody, and when it comes time for Lee's guitar spot—she never plays it "safe"—she pushes the envelope until all of the elements come crashing around her. As elsewhere on this disc, Lee manages to fuse elements similar to those of Weather Report, Oregon and Metheny into a highly original scheme that's all her own. Part II of "The Shape Shifter Suite" begins with a haunting melody of recorder and acoustic guitar, before, halfway through the piece, tuned and un-tuned percussion take over then layer under the original melody.

"Even The Outsider Suite: i: Borealis" uses quirky repetitions to suggest complex meters, voices, the oboe and what sounds like waves crashing on the beach. Layers of tic-tocking percussion seem to set up a big guitar strum at regular intervals. "E.T.O.S. : ii: Climbing In Rainfalls" once again has a striking, intricate melody at its center. Cycling guitar chords signal increased guitar activity—which beckons the oboe again (obviously a favorite voice for Lee). Throughout, is Lee's distinctive, intuitive approach to harmony. The final movement of the "Even The Outsider Suite: iii: Even(in)g The Outside" has another dramatic melody and a dialogue of acoustic guitar and piano that is evocative of Metheny and Mays' "September 15" from the epochal 1981 ECM session, As Falls Witchita...So Falls Witchita Falls. It's basically pastoral, with a bit of (welcome) edge. This piece also features a guitar solo that is stunning in execution—it's virtuosic—yet it retains the freshness and energy of someone who is clearly stretching themselves to the limit.

The album comes to a close with another strong melodic piece, "By Her Side." This one has guitar and piano and double-bass sharing its aching theme. Lee writes expertly for the bass throughout this disc, especially on this piece. The guitar tone is sensuous and the solo deeply emotive.

This is a very strong, wildly creative collection of excellent material. Lee's musical visions deserve to be heard by anyone who enjoys "chamber-jazz" like Oregon, or the raw guitar/tabla explorations of Steve Tibbetts, or the precise machinations of Steve Reich.