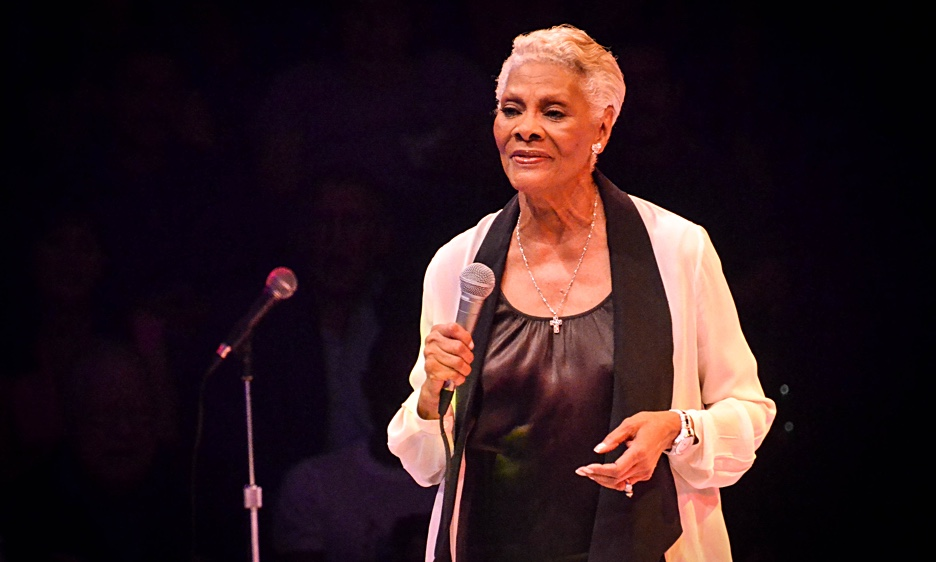 Darlene Love, born Darlene Wright, is an American singer and actress who discovered her voice while singing in her church at the age of 10 in Los Angeles, CA. Gospel gave her a foundation and her musical interests quickly spread to include rock and soul when she joined a local girl group called the Blossoms. The band worked with infamous producer Phil Spector and in no time, Love became a popular vocalist, working with the likes of Sam Cooke, Dionne Warwick, the The Beach Boys, Elvis Presley, Bill Medley, Sonny and Tom Jones. The Blossoms and Love provided backing vocals for some of the 1960s smash hits like Frank Sinatra's "That's Life," the Ronettes' "Be My Baby" and the Crystals' "Da Doo Ron Ron." The Blossoms had a recurring part on Shindig! , a music show of the era as well as appearing on Elvis Presley's '68 Comeback Special, which aired on NBC. Love recorded "Christmas (Baby Please Come Home)" for the 1963 holiday compilation album A Christmas Gift for You From Phil Spector (Philles, 1963). This song would become her signature song and helped to revive her career after taking a break in the mid 1970s to raise a family. By the early 1980s, she returned to music and performing at iconic venues in both Los Angeles and New York City. While working as a maid in Beverly Hills, she heard her song "Christmas (Baby Please Come Home)" on the radio and she acted on the sign that she wanted music to be her full time career. In 1986, David Letterman had her sing her Christmas tune on his show, which morphed into an annual tradition. By 1987, she was on the big screen in the Lethal Weapon films, playing Danny Glover's wife in the series. In 2015, she recorded Introducing Darlene Love (Wicked Cool/Columbia, 2015), her debut solo album, produced by Steven Van Zandt and featuring compositions by such songwriters as Elvis Costello and Bruce Springsteen.

Dionne Warwick, born Marie Dionne Warrick, is an American singer, actress and television host who also holds the titles of United Nations Global Ambassador for the Food and Agriculture Organization and US Ambassador of Health. Hailing from NJ, she began singing gospel as a child in Newark. Her musical family includes sister Dee Dee Warwick, aunt Cissy Houston and first cousin Whitney Houston. She followed her love of music to Hartt College of Music in Hartford, Connecticut and became a member of the group the Gospelaires, who were popular studio background singers. The group performed on records for Little Cooper and the Drifters, Solomon Burke, Aretha Franklin, Ben E. King, Dinah Washington and Elvis Presley. Warwick's path crossed with Burt Bacharach and Hal David ultimately leading to her debut album Presenting Dionne Warwick (Scepter, 1963). When the first solo single from the album was released in November, 1962 "Don't Make Me Over" it contained a spelling mistake of her name, calling her "Warwick" rather than "Warrick" and she used the new spelling both personally and professionally. Warwick ranks among the 41st biggest hit makers of the entire rock era, according to Billboard Hot 100 Pop Singles Charts, is one of the most charted female vocalists of all time and has 80 singles making all Billboard charts combined. With a brand new CD called She's Back (Urban/Entertainment One, 2019), Warwick shows no signs of slowing down.

On a picture perfect evening in early Summer, Warwick with special guest Love, brought their tour to the NYCB Theatre at Westbury, on Long Island. With scant few seats available to be purchased the night of the show, the lobby was packed with fans of both superstars, many of whom brought their children and grandchildren to share the experience. Love, surrounded by her band on the intimate spinning, round stage, appeared in a stunning pink and white one piece outfit. She addressed the crowd, "Is this place still known as Westbury Music Fair?" as she referenced performing at the venue as a backup singer for Warwick, back in the day. The Rock 'n' Roll Hall of Famer was in fine voice, belting out a variety of her most popular songs, belying her chronological age of 77. Blonde curls framing her glowing and smiling face, Love delighted the audience with "Wait Till My Bobby Gets Home," "He's a Rebel," and "Today I Met the Boy I'm Going to Marry." Providing harmony, her three backup singers had fans singing along, as her set of nearly an hour turned into a party, complete with dancing in the aisles and lots of cheering. Love engaged with the audience often, animated and approachable. Lights from above fluttered about, casting pastel shadows and illuminating Love and company on "You're All I Need to Get By/Ain't No Mountain High Enough." Euphoric and riding high on the Adrenaline from the amazing set, the audience milled about in the lobby to rehydrate with some delightful beverages before the next part of the show began.

A very brief breakdown of the stage revealed a completely new set up for Warwick. With her band members parked off to the side of the round stage in the pit, a bare stage awaited the star with only a stool, a microphone and a stand. The stark contrast set a different tone, giving the feel of two distinct concerts, even though the two performers have worked together in the past and share gospel as a formative experience in their youth. In every sense, this technique worked.

The statuesque Warwick appeared on stage in crisp black and white, encouraging the crowd to please sing along and not hold back. Fans were thrilled to hear so many hits like "Anyone Who Had a Heart," "Message to Michael" and "Walk on By." Still in fine voice, the 78 year old walked confidently to each side of the stage to sing to all sections of the venue. A high point was a Latin-inspired version of "I Say a Little Prayer" which featured a duet with her eldest son David Elliott, who was also her drummer. Warwick's deep catalog was inspiring and contained more songs than one concert could ever fully spotlight but other favorites included "This Girl's In Love With You" and "I'll Never Fall In Love Again." Hanging on each and every note, the crowd participated and complied with her wishes, singing along to the familiar words that are imprinted in our collective memories until the cathartic end. A magical night featuring two powerhouse superstars of this magnitude was an evening to remember.