For nearly four decades Bruce Springsteen has been a rock & roll working- class hero: a plainspoken visionary. He is a fervent and sincere romantic whose insights into everyday lives especially in America's small-town, working-class heartland ” have earned comparisons to John Steinbeck and Woody Guthrie. His belief in rock's mythic past and its potential revitalized pop music and made Springsteen a superstar in the '80s. Since then, he has remained true to his artistic calling and shown himself, in carefully selected interviews, to be among the most thoughtful and articulate artists in rock. Springsteen, of Irish-Italian ancestry, grew up in Freehold, New Jersey, the son of a bus driver and a secretary

Bruce Springsteen is nothing short of a rock legend, but his talent isn't limited solely to “three chords and the truth." During his career, Springsteen has managed to break away and explore different styles. Take, for example, his 1982 album, Nebraska (Columbia), which was something of a departure into the folk music world. Although he continued ... 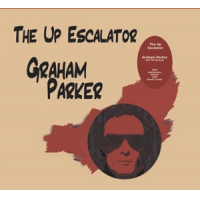 It might well be an exercise in futility to find a more potent transitional album than Graham Parker's The Up Escalator. At least that's what The 40th Anniversary Edition suggests, and in no uncertain terms. Why else open the album with a track of deserved braggadocio titled “No Holding Back" or close it with that sentiment ...

Clarence Clemons Who Do I Think I Am? MVD/Virgil Films 2019 Everyone probably has their favourite Clarence Clemons saxophone solo. Take that fiery blast at the close of Bruce Springsteen's “Thunder Road," for example, where Clemons blows a divine howl like some avenging angel. Clemons's life is documented in this ...