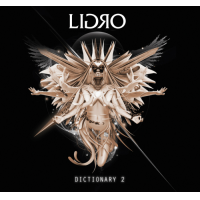 Another great fusion band from Indonesia, Ligro is a co-operative trio comprised of guitarist Agam Hamzah, bassist Adi Darmawan, and drummer Gusti Hendi. Compared to the other Indonesian jazz and fusion artists on the MoonJune roster (Dewa Budjana, Tohpati Ario Hutomo, and the group simakDialog) Ligro's sound is appreciably more aggressive and, dare I say, more metallic than the others. Not that they're a metal band, per se. Ligro is definitely a jazz-rock fusion band, albeit one whose awareness of various prog and metal stylings shows up quite frequently in their original compositions. What doesn't show up very much in Ligro's music —and this really sets them apart from Tohpati, Dewa Budjana, and SimakDialog— are the plaintive and somewhat spooky sounds of their own native ethnic musics.

The CD's opening tune, "Paradox," sizzles right from the start. Hendi's spine-shaking Tony Williams-inspired drumming is all business. Bass and guitar muscle their way in a few bars later, reviving the sound and feel of Williams' Lifetime bands, or perhaps Larry Coryell's Eleventh House. The next track, "Stravinsky" opens with Adi Darmawan's adaptation of a Bach fugue for solo electric bass. It's a nice touch, albeit a superfluous one as the the piece has its own solo guitar intro. Once "Stravinsky" gets rolling, this is quickly forgotten. Riding a wave of asymmetric compound odd time signatures, Hamzah's extended solo is a truly incendiary tour de force. It's not all jam-to-excess, however. Composed unison passages for guitar and bass are cued in, refracting the band in new and unexpected directions.

"Future" nips a riff—or perhaps just a chord progression—from the Mahavishnu Orchestra songbook and spins it in an entirely different direction. Darmawan's bass solo here displays both the rolling rhythm and the pianistic melodic sense reminiscent of the late Pekka Pohjola's work. Speaking of which, Darmawan's piano intro to "Bliker 3" is impressive, as well. The tune itself has a the sort of maze-like pointillistic melody that the Dixie Dregs and Brand X liked to work with back in the day. This gives way to a spacy drums and guitar duo improvisation that works in fits and starts before the trio comes back in with a different and much more aggressive melody line. The only misstep on Dictionary 2 is the raga-inspired "Etude Indienne" which, after a whip-smart bass-and-guitar unison melody, simply rambles on too long. No crime in that, but it seems a bit pedestrian after some of the truly spine-tingling stuff to be heard on this disc.

Ligro are yet another virtuosic and musically substantial young jazz- rock band from the circum-Pacific region. It seems almost criminal that none of these wonderful musicians were brought to Western ears before now. Kudos to MoonJune Records for making this one happen!