By Woodrow Wilkins
September 5, 2009
Sign in to view read count 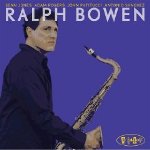 Many new releases seem to follow one stringent formula or another—whether to deliver cookie-cutter music to the masses, in hopes of getting noticed by commercial radio, or to adopt a certain trend, be it the traditional piano-led trio or covering standards. With that in mind, it's rarely, if ever, a bad thing when an artist or group just plays. That's the approached used by saxophonist Ralph Bowen for Dedicated.

Bowen was co-leader of the sextet, OTB—Out of the Blue—a sextet based in New York. During that time, he associated with Kenny Garrett, Steve Wilson, Renee Rosnes and others. A performer in clubs, concert halls and at festivals, Bowen is joined on this date by guitarist Adam Rogers, bassist John Patitucci and drummer Antonio Sanchez.

"Canary Drums" features Bowen's sunny lead, subtly aided by the rhythm section. Rogers, Patitucci and Sanchez are in a groove, expressing themselves both as a unit and individually. Meanwhile, the tenor explores upper and lower reaches of its range, at times at a fiery pace, with Rogers also contributing a solo.

Trumpeter Sean Jones joins the ensemble for "Mr. Bebop," playing the melody in unison with Bowen. Bowen then takes off on a solo, at times punching into high squeaks, elsewhere shifting to low-end, high-speed riffs. Jones follows with a spirited solo of his own, as does Rogers. After a repeat of the melody, Bowen and Jones split into freestyle play as the song slowly winds down.

Pattitucci starts "Prof. 9:23," setting up a duet between Bowen and Rogers. During his solo, Bowen puts the tenor through a series of high-speed rolls, powerfully emotive throughout. Rogers, however, tones it down a little during his solo; still expressive, but mellower than Bowen. The tenorist returns at a slower pace but with more power, followed by a guitar solo even subtler than the previous one; accompanied only by bass and drums, it's an effective way to bring the song to a close.

Though Bowen is out front most of the way during Dedicated, the music never loses its group sense. Patitucci and Sanchez don't offer any solos, but their accompaniment is top notch. All six songs were written by Bowen and are dedicated to his mentors, including Keith Blackley, David Baker and William Fielder.