Debut Recordings On The Elsewhere Label

One helluva way to launch a new record label.

After initial publicity about it in the preceding February, July 2018 saw the release of the first two recordings on the Elsewhere label. Each of the albums is available on CD in a limited edition of 500, as well as on unlimited edition digital files. The discs are attractively clad in sleeves with artwork (which digital customers get on JPEG) by David Sylvian, who is also credited as co-producer of the first release alongside the founder of Elsewhere, Yuko Zama.

Zama is the spouse of Jon Abbey, proprietor of Erstwhile records; she has been involved in Erstwhile as photographer, designer and co-producer for fifteen years, and with the Gravity Wave label for eight years, experience that means she is well prepared to run her own label. While Abbey is credited as the executive producer of both these Elsewhere releases, the label is unquestionably Zama's own, set up in January 2018 after Sylvian had alerted her to the recordings featured on the label's first album... 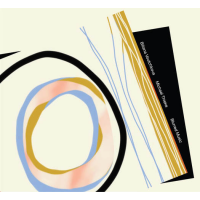 Blurred Music features three live recordings made in a nine-day period by the duo of Berlin-based Bulgarian violinist Biliana Voutchkova and German clarinetist Michael Thieke, during their December 2016 US tour. Recorded in Chicago, Philadelphia and New York, each one gets its own disc, lasting fifty, forty and seventy minutes, respectively. The Voutchkova-Thieke duo dates back to 2011, and first recorded together in 2012 for the fine album Already There (2013, Flexion), meaning that the two have had plenty of experience playing and improvising together.

The methodology employed by the duo on these recordings justifies the album title. Firstly, not everything we hear was played live on the nights in question. Digital recordings of the duo, performing material composed or structured in advance, were played at the performances. Secondly, the players then improvised with those recordings, within a framework restricted by the pre-recorded material. So, the end-product on the discs blurs the boundary between composed and improvised music as well as the one between pre-recorded music and that performed live.

It is a credit to the two players that the niceties of that methodology soon seem of incidental importance; listening to the recordings, the depth and richness of the soundscape immediately make it obvious that this is not just one violin and one clarinet playing at a gig but something else entirely, a quartet of two Voutchkovas and two Thiekes. Anyone familiar with Thieke's past groupings—particularly The Clarinet Trio, The Magic I.D. or The International Nothing, to pick but three—will not be surprised by such innovative methods; they are his forte, and in Voutchkova he has found a kindred spirit; the two sound as if they instinctively understand one another, live or recorded.

This album's masterstroke (also true of AMM's 2018 Matchless album An Unintended Legacy, incidentally) is to include three distinctly different concerts, giving each one a disc of its own. Such juxtapositioning emphasises the subtle variations between concerts, due to the room, the players' moods, the audience and its reactions to the players. Even rigidly scored music varies from performance to performance, but music with an improvised component far more so. As their very different durations indicate, the three nights produced completely different results; this was obviously not a tour where each night's concert followed a well-rehearsed plan to the letter. They began differently, developed and ended differently. The only constant across all three was the quality of the playing and the players' reactions which were exquisite in every way. One helluva way to launch a new record label! 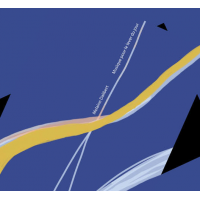 Given all of the above, it would have been very easy for Musique pour le lever du jour to either be overshadowed by Elsewhere 001 or to be carried along in its slipstream. It is a testament to the quality of Melaine Dalibert's album that neither of those fates await it; had it been released on a different label at a different time, its music would surely have commanded attention and attracted positive comments.

A classically-trained pianist who now teaches in Rennes, Dalibert still has a comparatively small discography; before Musique pour le lever du jour his most notable releases were solo and trio realisations of chamber pieces by Paris-based Italian composer Guiliano d'Angiolini on Cantilena (Another Timbre, 2016), and solo piano recordings of two of his own compositions on Ressac (Another Timbre, 2017). As the dates suggest, Dalibert is on a roll, which makes the current album timely and welcome.

The music consists of a solo piano realisation of the title composition, which lasts over sixty-one minutes. As on Ressac Dalibert uses the piano's sustain pedal most of the time, so that notes resound long after they are struck. Rather than playing single notes and waiting for each to die away, Dalibert plays notes close together in clusters of five, six or seven so that the first of the cluster is still resounding when the last is played; he only plays another cluster when the last note of the previous one is close to fading away. Therein lies one of the album's main fascinations; the piece is continuous without any significant silences, but for the majority of the time the listener is hearing the overlapping notes resounding and interacting in subtly different ways as they fade away.

Dalibert has selected the notes of each cluster so that the resounding notes combine well, often producing overtones and occasional shimmering effects. The notes are so well chosen that the entire piece feels like an object lesson in harmony, not in a dry, academic way but a far more enjoyable one. Clusters are occasionally repeated without losing their impact. Recorded at Dalibert's home, the entire album feels welcoming and intimate, the kind of piece that cries out to be played again and again. This album's title, which translates as Music for the Daybreak, is ideally suited to the optimistic feel of the music itself and to an album launching a new label.

On the basis of Elsewhere's first two releases—and the next three which will feature Jürg Frey, Clara de Asis and Stefan Thut, respectively—the label already looks to be an impressive presence in the areas of modern composition, improvisation, innovation and experimentation. Elsewhere is a label to watch, for sure.