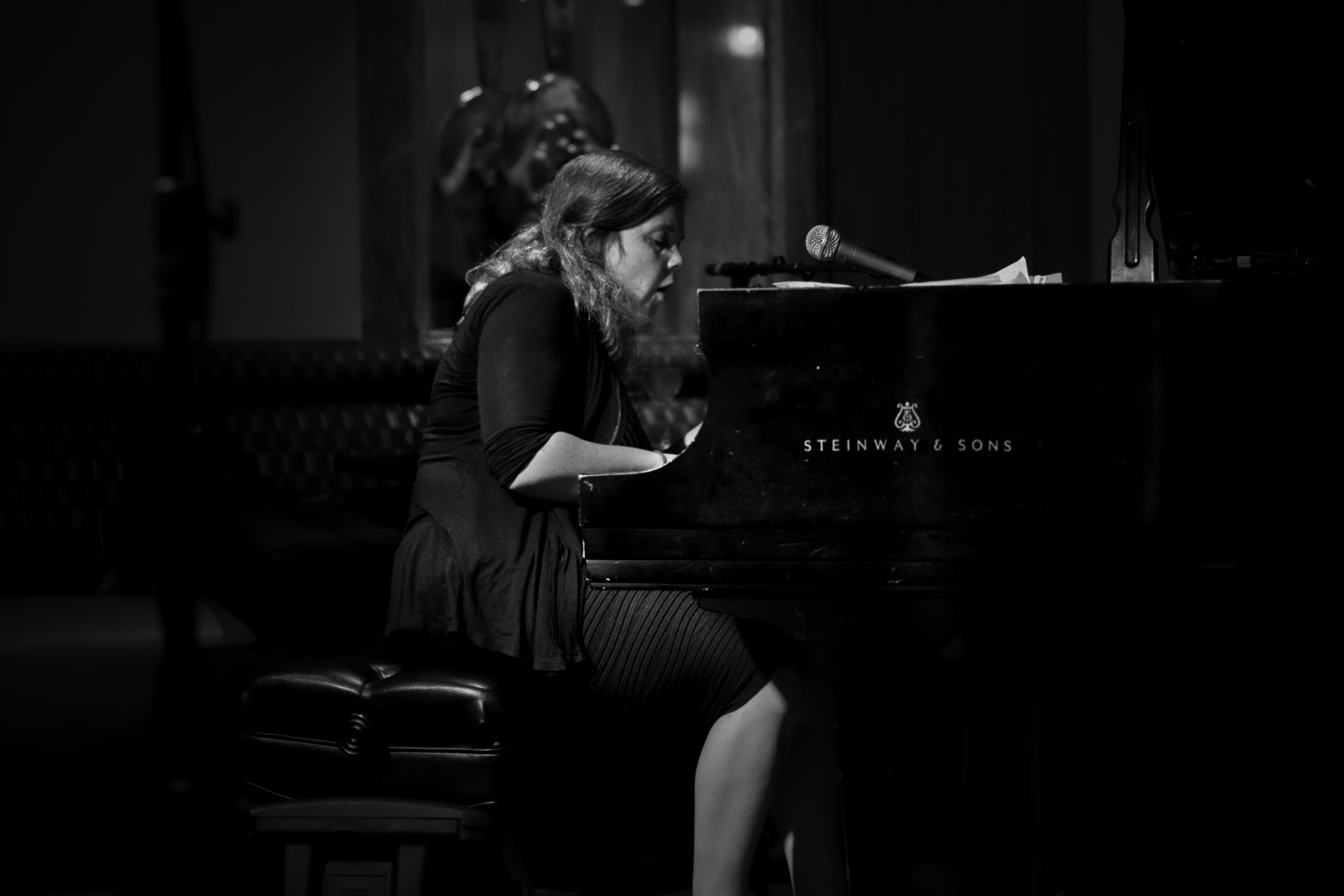 Pianist Dawn Clement is rare for eliciting a classic vibe, yet with such freshness as to never be stale. There's a meatiness to her chord structures and a lithe robustness to her soloing that adds new shades of density to even the most threadbare tunes. For a 10pm set at New York's refined Kitano jazz space, bassist Dean Johnson and drummer Matt Wilson embodied proof of concept.

Clement's songbook is replete with gems from a popular-leaning canon, as was clear from her joyful renditions of "If I Were a Bell" (from Guys and Dolls) and "Someday My Prince Will Come." Her rhythm section, particularly the ever-versatile Wilson, provided more than enough wind to distend her improvisational sails. Whether throwing an arm around Thelonious Monk ("Blue Monk") or dancing with Cole Porter ("Get Out of Town"), she and her bandmates made sure that the roots were always audible no matter how high their branches stretched.

The performance took an intimate turn when Clement accompanied herself in a lone rendition of "Little Man You've Had a Busy Day." Its effect was somewhat dampened, however, by the many vocal numbers that followed—which was surprising, given the concert was billed as an instrumental one. And while the singing worked synchronously in Billy Strayhorn's "Day Dream" and in the interlocking groove of "In the Wee Small Hours of the Morning," by the time "While We're Young" rolled around I found myself craving the Steinway. To be sure, Clement is a lovely vocalist. Her intonation is flawless, her emotional register sincere. It's simply that the Gibraltar-like immensity of her pianism casts the longer shadow. Either way, between the affirmation of Keith's Jarrett's "Partners" and the boisterous encore, "Stompin' at the Savoy," I came away glad to have experienced a trio that plays through open smiles, and in turn provokes the same from those fortunate enough to listen.