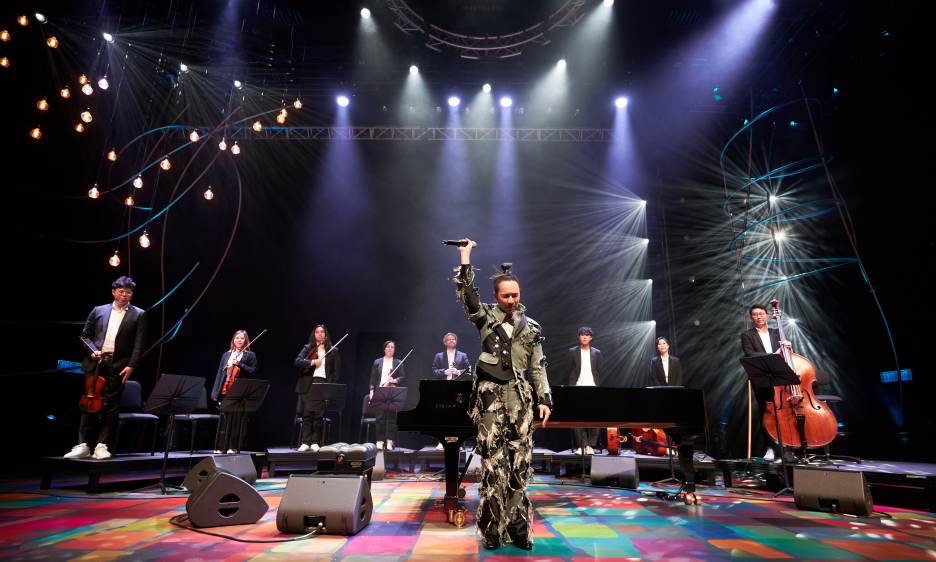 The gods of gig scheduling work in mysterious ways and, by some strange twist of fate or malevolence, Hong Kong's two major jazz festivals were this year staged in the same week. In fact, they overlapped—the stripped-down, two-day Hong Kong International Jazz Festival's second and final night awkwardly clashing with the opening of Freespace Jazz Festival's four-day run across the harbour.

What both festivals had in common was a strict reliance on locally based talent, thanks to the city's notoriously strict pandemic-prevention measures—even the Hong Kong Philharmonic Orchestra's flagship music director Jaap van Zweden skipped a string of conducting commitments last month after being refused a three-week quarantine waiver (Nicole Kidman was infamously exempted earlier, much to locals' chagrin).

Among the latter event's headline shows was an ingenious, if brave, concert concept presented by upstart Daniel Chu. Since first encountering the prodigious pianist as one-half of freewheeling organ/drum duet two years ago at the first Freespace space, Chu subsequently melted my mind with a completely improvised piano exorcism this summer. But his latest outing was far more ambitious still.

This one-off collaboration with the resident Freespace Ensemble, saw Chu not just accompanied by the nine-piece string group, but spontaneously directing them on the spot. Topically called "Game Play," the concept handed the reins to Chu to lead the strings down his own, ecstatic improvisatory byways over a series of three "games," the craziness of which was only truly exposed by how close they may have come to falling apart.

The closing "Loop Station" was a show-stopping exercise that saw Chu improvise at the keys until he found something he liked, then motion for the sections of the strings to copy whatever short melodic fragments he was riffing on the fly. One by one, duos of violin, viola and cello, as well as the double bass, were introduced in this manner, slowly stacking layers of harmony on top of each other—just as you would with an electric loop pedal—over which Chu would continue to unravel his own ideas, a free voice amid the otherwise rigidly defined churn. He repeated this trick for three completely spontaneous compositions—and the fact the strings struggled a few times to instantly cop the material they were presented with proved just how taut this tightrope walk might have been.

Equally daring, the "Pick a Note" game saw Chu motion to each of the players in turn, inviting them to do just that. With nine notes thus established, the players would then circuitously repeat their tone, building a repetitive sequence on top of which Chu would live-compose something resembling a song, to generally stunning effect (again, a few lapses of judgment only endeared and enforced the daringness of what was on display). It was instantly apparent this bravado conceit deserves to be seen by an audience beyond these shores, but before touring resumes, one can't help but wonder what this restless talent will do next.

In these trying times, Freespace—which launched this annual tradition two years ago with a headline performance from Robert Glasper—should be commended for adapting focus and investing in locally bred talents, fulfilling a thirst for homegrown improvised music evidenced in the festival's full theatres and packed lawns, and the rock star's reception that greeted Chu's triumphant experiment.