By John Eyles
September 14, 2020
Sign in to view read count
Since the Chilean guitarist Cristián Alvear first appeared in Europe and had his debut album, 24 Petits Préludes Pour La Guitare, released by Edition Wanderweiser, in 2013, he has been highly productive and visible, releasing about forty albums in some seven years. Impressive as that figure may seem, even more so are the labels he has recorded for—including Another Timbre, Cathnor, Ftarri and Potlatch—and, although much of his work is solo, the range of musicians with whom he has collaborated—including, among others, Ryoko Akama, Klaus Filip, Seijiro Murayama, Tim Olive, Santiago Astaburuaga, Cyril Bondi and d-incise. Dedicated to the performance and recording of new music, Alvear has recorded compositions by such luminaries as Antoine Beuger, Michael Pisaro, Jürg Frey, d'incise, Stefan Thut, Catherine Lamb, Manfred Werder, and John Cage. Alvear's link with Bondi and d'incise dates back to late 2014 when he studio-recorded the album roshambo (trio) with them in Santiago. So, it was not a surprise when Bondi and d'incise's label INSUB released two Alvear albums in 2020, the first featuring that trio, and the second pairing Alvear and fellow guitarist Burkhard Stangl... 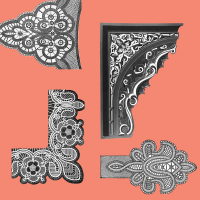 True to its Spanish title, this album comprises eight pretexts which were composed by the trio during two residencies, the first in January 2019 at Centro Cultural Sofia Hott, in Osorno, Chile, and the second in May 2019 at Insub studio, in Geneva, Switzerland, and recorded at the Insub studio. All of modest length, between four and nine minutes, the pretexts feature the same instrumentation throughout, Alvear on guitar, Bondi on percussion and d'incise on electronics. The pieces sound as if they were composed by all three musicians, as they maintain an even balance between them, allowing the instruments to be heard clearly and cleanly.

Each of the eight pieces has its own unique identity, sometimes based on a repeated phrase or rhythm; in other cases, additional sounds define a piece, as on "Tercer Pretexto" where a (field recording of a) female voice dominates and defines the soundscape, to good effect. Throughout the album, Alvear's acoustic guitar playing is as clear and true as ever but it is rarely alone; Bondo and d'incise are there as equal partners in the trio, not support players for the guitar. Restraint and balance are this album's watchwords; consequently, it is an easy and stimulating listening experience which handsomely repays repeat plays. We must hope this album is not a one-off for this trio, but the start of something more... 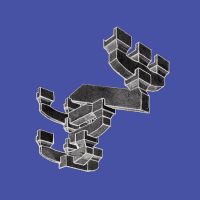 Burkhard Stangl is maybe best known as the original guitarist in Polwechsel, with whom he recorded four albums between 1993 and 2002, before moving on in 2008. He is recognized as a key player in the development of electro-acoustic improvisation (eai), with a string of duo albums on Erstwhile. Although he also plays electric guitar and electronics, here he mainly plays acoustic guitar in tandem with Alvear, but is undoubtedly the source of occasional "noises off" such as string scraping, radio static and sustained tones.

This album's Spanish title translates as "Small fragments of discrete music." Recorded in Martin Siewert's Studio, in Vienna, in May 2019, the music here consists of eight short pieces, the shortest lasting just over three minutes, the longest just under six; the track titles are their numbers, apart from "No. 7" which adds "almost sad music" in parentheses. While the music on the album never seems sad per se, it does have a reflective, melancholy quality which is quite beautiful and tranquil. Together, the two acoustic guitars become one, making it impossible (and pointless) to divine who is playing what. The music frequently has a folky quality but it goes way beyond the simple playing of a melody, with the styles of the two complementing one another and fitting neatly together as they react to each other and trade ideas.

Which is the better of these two Alvear albums? Impossible to say, as they are both excellent in their own way. Why choose? Pick both.