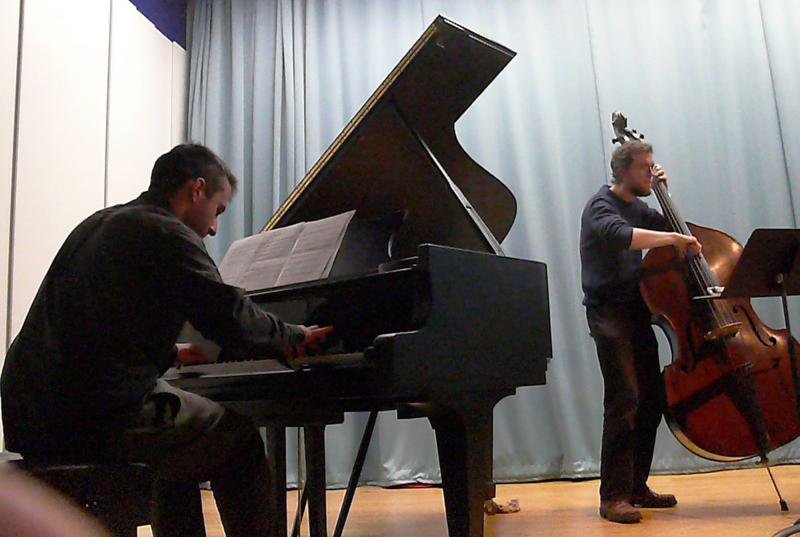 What began as a one-off invitation, requiring no little chutzpah, shows all the signs of developing an enduring life. Following by multi-instrumentalist/composer Anthony Braxton's >quintet at the 2004 London Jazz Festival, British pianist Alexander Hawkins and bassist Dominic Lash invited cornetist Taylor Ho Bynum—a key member of Braxton's group—along with Canadian drummer Harris Eisenstadt, already familiar from a sojourn in London, to join them in a transatlantic congregation. And so, the Convergence Quartet was born. The group's first trip proved so successful that it spawned both a fascinating document—Live In Oxford (FMR, 2007)—and a subsequent reunion, three years later. That, too, triumphed, with a studio album, Song Dance Blues (Clean Feed, 2010), waxed after a week on the road.

Now in 2011, the Convergence Quartet convened for another short UK tour, including a concert in the Music Room at Churchill College in Cambridge, where the wonderful acoustics allowed a perfect sound even without a PA for the bass, before culminating in an appearance later in the month at the London Jazz Festival.

Since that initial meeting, the stars of all four members have been in the ascendant. Both Bynum and Eisenstadt boast growing and worthwhile discographies, while Hawkins has notched appearances with an ever-increasing roster of visiting improvisers including Joe McPhee, Sonny Simmons and Wadada Leo Smith, as well as leading his own thought-provoking ensembles. Lash is a frequent collaborator with the pianist, but also helms numerous improv sessions and recently had a long stay in New York City to expand his contacts book, already bearing fruit in European concerts with singer Fay Victor, pianist Denman Maroney and clarinetist Tim Hodgkinson (ex Henry Cow).

Together, they evinced an increasingly cohesive and shared ethos, based on searching out new ways to hitch improvisation to compositional railings. Like The Thirteenth Assembly, another collective numbering Bynum among its ranks, the Convergence Quartet drew on a range of genres and approaches but fashioned them with a cerebral twist such that nothing was ever quite what it seemed for long. Even within the same tune, the group transformed from jazzy swing to the extremes of expression and back in an instant. Though writing credits were spread around the band, there was a unity of outcome, spread over two sets totaling some 90-minutes, which hinted that this is a band which, in spite of the geographical distances separating its cast, should continue to prosper into the future. 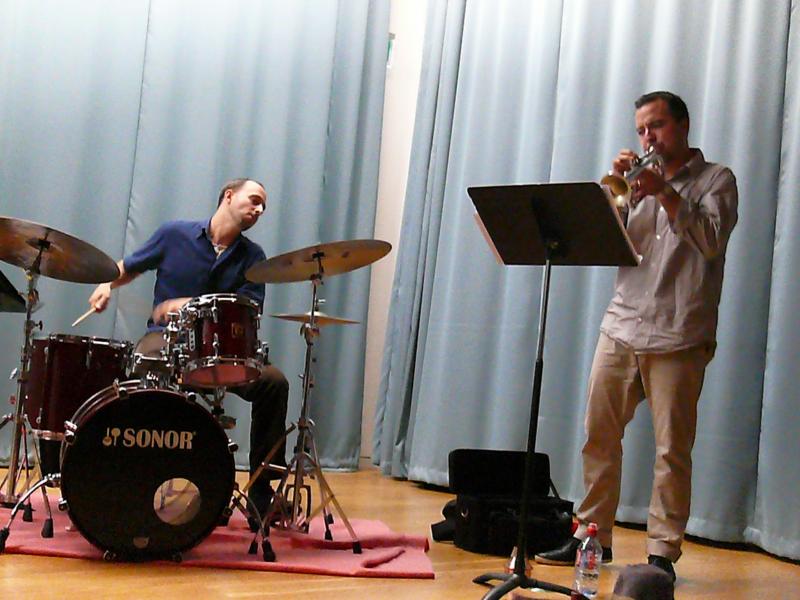 
Eisenstadt's multi-sectioned "Third Convergence" provided the most telling example, showing exactly what this foursome could do, all within the ambit of a single piece. Delicately opened by its author striking his kit with his fingers, poised interjections from piano and cornet presaged the drummer extending his percussive checklist to the rims and heads of his trap set. Then, after that edgy start, all four suddenly dashed into the sunlit uplands, replete with luxuriant harmonies as Hawkins led a beautiful piano trio through a gently winding vista. Then all changed, as nervy staccato passages alternated with delicate breathy cornet and piano melodicisms. Lash's bass riff announced a brass extravaganza featuring muted smears, shouts and chuckling yaffles, with Bynum's physical dipping and diving mirroring the trajectory of his unpredictable lines. Hawkins' free-form flurries answered the brass man, before the focus shifted to a melodic improv finale, which saw the pianist plucking the interior of his instrument.

It felt a privilege to witness such intricate yet involving interplay, which always threatened to burst beyond the confines of the material. With the repertoire duly road-tested, another recording was planned at the end of the week, and on this evidence should be Convergence Quartet's best yet.