By Troy Dostert
November 11, 2016
Sign in to view read count 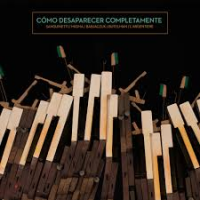 Argentinian pianist Marco Sanguinetti has brought his imaginative, genre-crossing sensibility to projects like "8" (2014), an album of original, Latin-inspired pieces filtered through thoroughly modern stylistic devices, and his work with Pibe-A, which has recorded tributes to Pink Floyd's "Dark Side of the Moon" and Radiohead's "Kid A." Given his track record of eclecticism and ambition, his decision to release a 90-minute double album of Radiohead material doesn't really seem that audacious.

Sanguinetti's sound owes a lot to predecessors like the Esbjorn Svensson Trio and The Bad Plus: especially on this project, one can hear Sanguinetti's genuine fondness for the rock and pop-inflected themes that those groups integrate so seamlessly into their music. His own technique on the piano is highly percussive and rhythmic, with a propensity for a lot of left-hand arpeggios, somewhat necessary in this case given the absence of a bassist on the record. Sanguinetti's respect for Radiohead's body of work is evident, reflected in his devotion to the melodies of these tunes, which fans of the music certainly won't have any trouble identifying. Rather than engage in drastic experiments or radical re-interpretations of these songs, Sanguinetti's strategy largely involves making subtle creative choices that tease out new dimensions of the music.

But there are some interesting twists. For instance, "Everything in Its Right Place," while staying true to the melodic foundation of the song, engages in some deft back-and-forth between straight 4/4 and 6/4 time, turning the somewhat cold, abstract original into a downright danceable up-tempo piece. Later on the record, Sanguinetti converts "I Might Be Wrong" into a loping, almost honky-tonk blues-flavored number that somehow works perfectly. And while "Black Star" starts off innocently enough, with quiet left-hand arpeggios and a straightforward statement of the tune, by the end the track evolves into a heady 7/4 stew that takes the cut to another level of energy and drive.

Mention must be made of Sanguinetti's colleagues, all of whom make key contributions to the success of the project. Drummer Tomas Babjaczuk offers both precision and bombast, as needed. Listen to the feisty intensity he brings to "Paranoid Android" as an example of the latter. While used heavily on only a few of the tracks, guitarist Pablo Butelman offers just the right amount of gritty edge to cuts like "I Might Be Wrong" while at the same time avoiding sounding derivative, something especially difficult when approaching the more guitar-based originals. Vocalist Milena L'Argentiere brings compelling sensitivity and passion to the three tracks on which she is featured, with "Weird Fishes/Arpeggi" being a highlight. And turntablist Miguel Masllorens adds texture to many of the pieces with pivotal, sometimes subtle contributions, especially valuable on "Creep" and the infectious "National Anthem."

Due to the growing list of pianists who've brought new interest to contemporary pop tunes as vehicles for improvisation—a list that includes the Bad Plus's Ethan Iverson, Brad Mehldau, and Vijay Iyer, among others—this is no longer the kind of project that will raise as many eyebrows as it once would have. But that doesn't make it any less rewarding or worthy, as there is a lot worth appreciating here, for both Radiohead fans and non-fans alike.