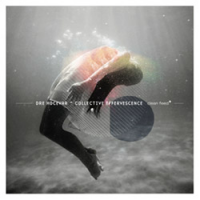 Slovenian drummer Dre Hocevar has expanded his trio via the 2015 Clean Feed release Coding of Eventuality with a quintet format for an electro-acoustic freely improvised set, where the artists operate within avant-garde circles while incorporating microtonal and minimalist forums and abstract classical persuasions. Electronics performer Phillip White intertwines subtle nuances and treatments yet does not dominate or become the primary voice within the group's loosely articulated framework.

Hocevar is a colorist due to his cymbals shadings and asymmetrical grooves as the band's topsy-turvy line of attack is largely about experimental expressionism with ongoing shifts in strategy amid a continual reinvention process and oddly balanced flows. They generate a moody musical climate on the dark and somewhat menacing piece "Interaction, Complexity, Affordance," featuring pianist Bram De Looze and cellist Lester St. Louis' lower register notes as the band poses imagery of navigating thru a murky cavern. Essentially, the musicians place quite a bit of importance on toying with the listeners' imagination.

They up the ante with cantankerous developments on "Imaginary_Synthesis Within Sublime Inside." Here, St. Louis' creaky arco lines mimic saxophonist Chris Pitsiokos' dizzying phraseology as De Looze offsets the swirling cadenzas with a touch of warmth. Think of off-centered elegance combined with densely populated inner-workings. Overall, many of these pieces are fabricated with bustling mini-movements woven together along with jagged loops and intensely executed call and response passages. Thus, Hocevar's ensemble spawns an imaginative wanderlust through a colorful soundscape.

Unknown Unknowns; Notifications As A Theory Of Consciousness; Interaction, Complexity, Affordances; Third Portrait Of The Exemplary…; Imaginary_Synthesis Within Sublime Inside; 1987’s; The Revolution Of Many Others.