By Bruce Lindsay
October 15, 2013
Sign in to view read count 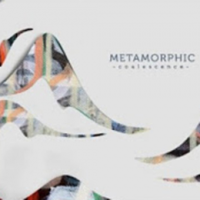 Laura Cole, leader, pianist, arranger and songwriter of Metamorphic, dedicates Coalescence, the band's second album, to her great grandfathers Sidney Walker and Mervyn Clifford Cole. What would the two men, pictured in the album booklet's 1923 photo of the Irlam Co-operative Wholesale Orchestra, make of their great-granddaughter's approach to music? We'll never know, but the Orchestra's diverse musical line-up suggests that it might have fancied a chance at a few of these beautifully-crafted tunes.

Metamorphic's core sextet remains from the first album, The Rock Between (F-IRE Records, 2011): good news, given the fine performances that characterized the debut. Bass clarinetist Shabaka Hutchings was the only guest musician on that recording: Coalescence features a much wider array of guest players, but most of them make their sole appearances as part of the Bennett-Cole Orchestra on the slinky, Cuba-meets-the-Balkans mix of "Light Up Yourself." Elsewhere, the sextet takes charge.

"Puma" and "What Is Real" form a mysterious and unsettling opening duo. Both songs feature Kerry Andrew's vocals and Cole's darkly atmospheric piano chords alongside lyrics that add to the mystery. "The Juicemaster" is a spiky little tune featuring the electric guitar of Troyka's Chris Montague and John Martin's soprano sax. Bassist Paul Sandy, the album's unsung hero, plays a characteristically inventive line that matches Montague's pace and fluidity. Sandy gets a few short bars to himself on the opening of "Gneiss" before Martin's tenor and Chris Williams' alto join him. The tune's repetitive phrases lend it an hypnotic quality heightened by Andrews' wordless vocal.

"I Bet You Want Blood," from UK band Revere, brings the mood back to the dark mystery of "Puma" and "What Is Real." Opening like a laid back version of Samuel Beckett's "Not I," the song is tense, a bit scary, lyrically intriguing and totally absorbing.

As a band name Metamorphic may suggest rock, in the geological sense or the musical one—Cole herself has stated that the Coal in the album title is a deliberate reference and "Gneiss" is yet another rocky link. But it also suggests a band with a willingness, a desire, to change and shift. Coalescence is evidence that such a desire can produce some exceptionally fine music.

Puma; What Is Real; Little Woman, Lonely Wing; Flotsam And Jetsam; The Juicemaster; Gentle Piece; Gneiss; I Bet You Want Blood; Reckoner; Light Up Yourself.