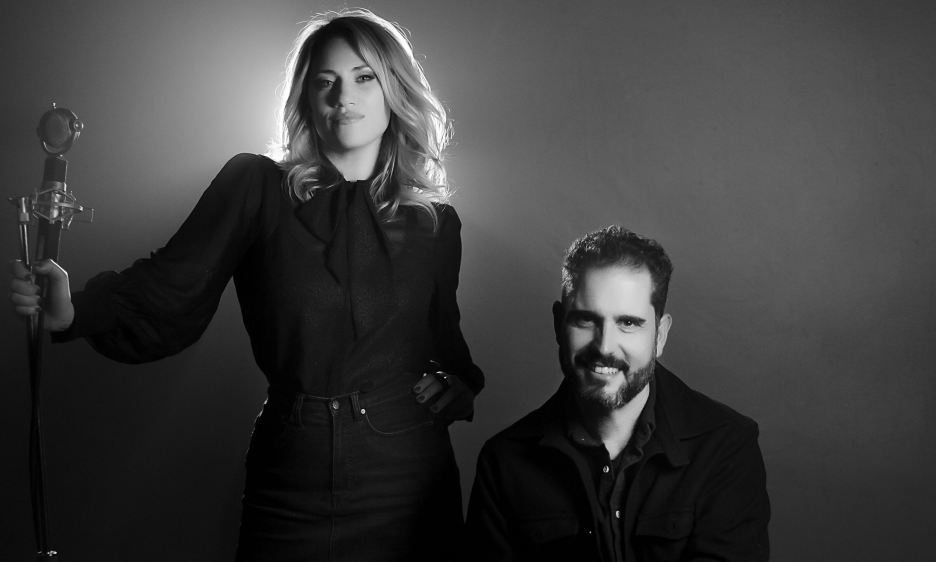 Is it possible to trace Charlie Hunter's musical evolution by the number of strings on his guitar? Back when he hit the scene in the early '90s, he played a massive 8 string guitar. (Although he was on seven string guitar for his first album, he stuck with the 8 string starting with his second album in 1995 for roughly the next decade.) The three low strings were actually bass strings which allowed him to play bass lines and guitar lines and chords simultaneously. The frets on the neck, rather than lining up parallel in soldierly precision, were flared with wider spaces between them at the top of neck (for the bass strings) and narrower at the bottom of the neck (for the higher guitar strings). By 2007, he had jettisoned a string and was down to a 7 string guitar. It, too, had bass strings for the bottom and again favored flared frets. Now, in 2019, he's lost yet another string and is down to a mere six. But don't think he's regressed to a standard issue Stratocaster or Les Paul. His current axe maintains all the idiosyncrasies of his prior guitars and he continues to put bass players out of business by laying down the low end himself, while keeping the chords and single note runs going up top.

From the start, his innovative technique attracted attention. His music fit into the burgeoning genre of edgy jazz; fusion with a jagged groove. He played mostly his own compositions and worked extensively with horn players, often saxophones. A guest vocalist would crop up here and there, but by and large, his music was instrumental. Over the years, he's dabbled and experimented with many different types of music and formats. It's hard to draw a straight line from his beginnings to his current work, that line is much more erratic and syncopated, much like his music. But the music continues to evolve, much like the strings on his guitar. And while you can't necessarily conclude that his music has gotten simpler as he's shed guitar strings, his current project with vocalist Lucy Woodward finds him in an all-vocal format, playing all covers in the blues-funk-soul arena. Although music from any one of those genres could be considered somewhat less complex, on average, than the some of his earlier work, don't assume he's now strumming his way through three chord tunes. On the contrary, he's bringing his considerable chops to bear on tunes that may not often receive such treatment. Result: A helluva lot of fun.

His current project is earthier, bluesier, grittier than most of his prior work. And in vocalist Lucy Woodward he's found the perfect, sympathetic compatriot. Her enthusiastic, sassy and gleeful delivery on top of the greasy grooves laid down by Hunter and drummer Doug Belote bred sonic ear worms capable of digging into the deepest part of the brain inciting in the listener bodily movements and reactions beyond mere toe tapping and head bopping. Indeed, sweat glands burst into action, heart rates rose and involuntary shouts escaped normally staid and proper throats. Woodward's powerful, expressive voice went toe to toe with Hunter's pyrotechnical guitar/bass playing. Her barely contained slinky undulations while delivering the goods punctuated the soulful sonics.

One way to achieve the heralded status of a whole that is more than the sum of its parts is that ever elusive chemistry between band members. Friday night Hunter and Woodward had enough chemistry between them to ignite a couple dozen Bunsen Burners. They spent much of the set intently watching each other and, often, egging each other on. "Go Charlie!" The inside jokes were ubiquitous but fortunately, they generally clued in the audience. Woodward talked about how they were on their way across the country to San Jose. "And we know the way. Or at least Charlie knows the way. He always wants to drive." Hunter jumped in and told us how he drove 60,000 miles last year.

From the sound of things, there's some singing going on during all those hours behind the windshield. Woodward explained that one of her projects with Charlie is to work on his singing. And indeed, Hunter sang! One such vocal foray during "You've Been a Good Old Wagon" was a George Benson routine where he scatted the same notes he was simultaneously playing on guitar. With no vocal mic, Woodward quickly slid across the stage and offered hers.

On a few other tunes, Hunter put on some vocal harmonies for the choruses. Despite the lack of a vocal mic, the Dazzle acoustics were good enough to allow the harmonies to flow through, albiet a little quieter than Woodward, but that was OK because they were backing vocals. All those hours behind the wheel practicing those vocals paid off, they were spot on.

Woodward has a wide and varied resume that includes working with acts as wide ranging as Pink Martini, Barbara Strisand, Rod Stewart and most recently Snarky Puppy. Her last solo album, Til They Bang on the Door (Ground Up/Universal/Verve, 2016) was produced by Michael League, head man at the Snarky Puppy enterprise. She also appeared on that band's Family Dinner, Vol. 1 (Ground Up Records, 2013). Her current adventure with Hunter came about when, in early 2018, the vocalist Hunter had lined up for a tour had to cancel. Mexican singer/songwriter Silvana Estrada couldn't get a visa from Homeland Security leaving Hunter in the lurch only days before the tour was set to begin. Hunter knew Woodward because of their mutual acquaintance with Snarky Puppy, so he contacted her. With a mere four days to prepare, Woodward jumped on board. Hunter realized they were both grounded in the blues, so they started there and worked up a set list for a whole show and hit the road.

Obviously, it worked. After only a few shows, Hunter realized they needed to record and they were able to do so after a few months of touring. The result is Music! Music! Music! (Self produced, 2019) and it provided the lion's share of the tunes for the set list Friday night. Both the album and the Friday night set list contained a wide variety of covers including authentic blues from Blind Willie Johnson, a century old chesnut associated with Bessie Smith ("You've Been a Good Old Wagon"), somewhat more modern fare from Terence Trent D'arby and the Cars and other songs associated with Nina Simone. Woodward and Hunter have taken extreme liberties with most of the tunes and grafted deep grooves and hip, danceable arrangements onto them.

The third member of the trio deserves some attention. Doug Belote sat between the two main attractions on Friday night. Ever since Hunter and Woodward joined forces, they've generally employed a drummer and it's been a revolving chair. For Music! Music! Music!, Hunter called on a long-time collaborator Derrick C. Phillips. Taking his turn on the drums for this leg of the tour, Belote kept the groove going all night with a sharp, snappy style that stayed in a tiny, compact yet extremely well-defined pocket throughout the proceedings.

Hunter's recording career goes back to 1993. During that time he's experimented and dabbled in many different styles and contexts. However, he hasn't had a sound like this before. Obviously, Woodward is the main reason, but can we totally discount that new guitar?

Set List: Soul of a Man (Blind Willie Johnson); I Don't Know; Wishing Well (Terence Trent D'arby); You've Been a Good Old Wagon; Please Don't Let Me Be Misunderstood; Plain Gold Ring; Be My Husband; My Love Is; You Might Think (Cars); My Lovin' (You're Never Gonna Get It) (En Vogue); You're the One That I Want (Grease); Can't Let Go