Chantale Gagné: Composer on the Rise 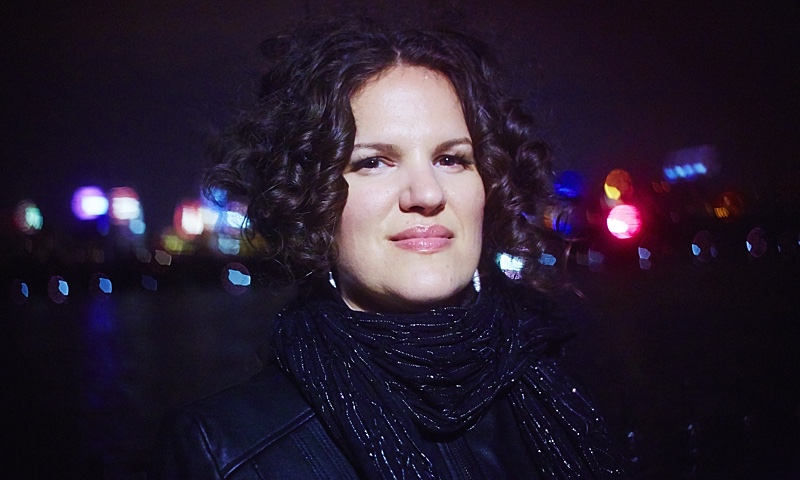 I need to feel the piano, the keys under my fingers, and try new sounds and new ideas. &#151Chantale Gagné

Chantale Gagné has been locked in with some of the best musicians on the scene since the pianist/composer moved to New York City in 2008. She's an import from Quebec. Raised in a rural part of the province, she cut her teeth in jazz circles in Montreal before moving to the Big Apple. She's not only taken to the town, but her deft touch and great feel on her instrument has endeared her to musicians in her new city.

"I felt at home, I felt good here," says Gagné of here arrival in New York. "Of course, it's a very intense city to live in. But it felt so good. I love the energy. There's always something going on. I like the culture. The jazz. There is access to everything here. If you want to go to museums, or go to listen to night music, any kind of music here. I like the people here. Walking on the streets, discovering the city."

It works the other way as well. Musicians she encounters feel a similar joy. She's played with top-flight musicians since coming to the U.S., including stalwarts Peter Washington and Lewis Nash, who have played with her on all three of her CDs, the latest The Left Side of the Moon, released last year. Each recording is outstanding, revealing her chops, strong and vibrant touch and her innate creativity. Added to the new recording is Steve Wilson. On the last, Wisdom of the Water it was Joe Locke. The first was a trio effort made not long after she came to New York, Silent Strength.

There's great strength to all of her works, which largely contain original compositions. The melodic and harmonic twists she commits to paper with pen are as enjoyable as her fingers sweetly playing the ivories. This woman can dig in and swing, or play with great delicacy and finesse. But she finds particular joy in writing.

"I love to sit down every day and write something, or play something. Tryout something. I need to do that. I need to feel the piano, the keys under my fingers, and try new sounds and new ideas. I try to do it every day a much as I can," says Gagné. "I really just enjoy composing. Even if I don't have a project, I just want to play something or write something a little bit every day. The next day I might not be happy with it and throw it away or just put it aside. But I need it. It's stuff that's in me."

Growing up in the rural part of the French Canadian province, she didn't hear a lot of jazz. But an older brother was into the music and it filtered down to her. Once bitten, she pursed it right through college.

"I think it was the soul and the swing, the rhythms," she says. "That's what attracted me first. I was not listening to jazz when I was young and when I heard it, what you notice first is the swing and the soul of jazz. Then you start wondering, 'What are they doing? What's going on there?' That was second. But first the rhythm and the interaction among the musicians."

When she was preparing for her third recording, and writing new music for it, Gagné knew whom she was writing for. That helped plan the approach to some of the tunes.

"I definitely wanted to play with Lewis and Peter because I really like the sound that they have together and how they make my music sound. They know me and they know how I hear a tune. I really don't have to say anything to them. And I really don't want to say anything to them, because I want them to create what they hear and how they envision my music," she says. "They have such good instincts with the music in general. They are amazing musicians. They're actually helping me. The way I compose, it has a sound of course. But the was we play the music, it brings something more to it. We create a sound."

She adds, "I love composing. That's maybe what I enjoy the most. I think it's important to find your sound. Create your own sound and your own trademark. I haven't forgotten the standards and the tradition, but it's good to have your own music."

Gagné hesitated at first in regard to selecting a player to create a quartet, or maybe two for a quintet. thinking about a quintet, but then I decided I wanted to do quartet. She decided on four musicians, "simple, organic and acoustic. I thought about Steve Wilson and I absolutely love his playing and especially his soprano sax playing. I love his sound. That's exactly what I needed for this music. I knew who I wanted, definitely."

The title cut displays that soprano sound in full form, soft and plaintiff at first, progressing to wild and free flowing as the music shifts into a higher gear. "Your Blues Is My Blues" is a swinging selection giving all the musicians moments to shine, Wilson on alto this time; Lewis's propelling the groove with just the right surprises, and Washington's showcasing his thick, billowing bass lines. "Up Again" is the elegant ballad feature, stately and serene. Like each of her albums, it bears repeated listening.

Each of her recordings have done well and the pianist, now with help from a new manager, is working on developing a tour that will bring her music to more of the country, as well as Canada and perhaps Europe.

A nice segue for the woman from a rural part of a mammoth country. Gagné moved to Montreal when she was 17, pursuing studies in music. She lived there for approximately 10 years, going to school at McGill University. That was after she played organ as a girl, finally getting a piano in the house when she was about 15.

"I fell in love with the piano," she recalls. "My brother was already playing music and listening to jazz and playing jazz. He was in high school and they were playing some jazz standards. That's how I found out about that music, because where I come from it was more like a French culture. My parents would listen to French songs at home, French artists. I was not around jazz for a long time. My brother introduced me to jazz and I just loved it."

When it came time to study music, she moved quickly to jazz, unlike many young players. "I took some classical piano classes, but I started studying privately with jazz teachers. Then I went to college and I went directly to jazz performance. At McGill, I enrolled in the jazz piano performance program. I did that for four years. My teachers would give me a classical piece to learn, but I'm really not a classical pianist. I have never been. I still play classical. I think it's very refreshing. I think you have to. But I've never been a classical pianist."

She remained in Montreal after graduation, actively involved in the scene. "It was going really well there too. But I felt I needed to try something else."

That prompted the New York move. For a time, she would return periodically to Montreal. She started writing music and recorded about eight months afterward. She occasionally continued some jazz instruction, including time with Kenny Barron. "Unfortunately, I don't speak to him that often, but every time I see him," she says fondly, "he's been a very good person to me. Very helpful. He always has good advice. He's a very nice person. Fantastic musician. Soulful. Caring. I really liked my encounter with him."

Getting her name around the New York jazz circles was a gradual process. Jam sessions. Hanging in clubs and meeting people. One of her big breaks was back in Canada, where in 2009 she was dubbed Discovery of the Year by Canadian radio. "They really helped my career. They produced a big concert in Montreal. They put my music out there on the radio in Europe and had it played in several countries. They still support my career a lot."

These days, "I'm surrounded by fantastic friends," she says. "There are a lot of places to go and hang out. Lots of people to meet. Great music to hear." That music, played by young musicians around the city that are bringing other influences into jazz, taking different directions as the next generation is supposed to do, is something she enjoys. "It's moving forward. It's good. As long as the tradition is not forgotten, because it comes from there. But I guess we have to create new sounds and new music and find a way to make it work in 2015, 2016."

Among the things Gagné wants for the future is to take more classes in orchestration.

"I'm into writing, composing, arranging and everything. That's something I really want to explore. I love playing. I love being a pianist. But I want to write even more. For anything. Like movies or documentaries. TV, that would be amazing if I could start pushing that side a little more," explains Gagné. Eventually, leading a large ensemble is something that strongly appeals to her. "Before I started writing for this last album, that's what I wanted to do. But I decided I wasn't ready yet. I have to study and spend more time working on it. So I decided to wait and take my time. I want to do things well. It's going to come. I don't know when, but it's really something I want to do."

"The past four or five years I've been writing a lot of music. I'm just finding out that this is really my passion. From what I hear, people seem to like my music and think I should push that more. Everybody tells me that," she says with an infectious laugh, "so I should start believing them, and go for it."