By Eyal Hareuveni
October 6, 2012
Sign in to view read count 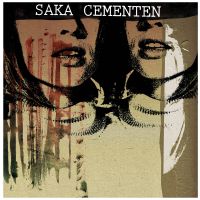 The second album from Norwegian power trio SAKA, after last year's Posh! (FMR Records), serves as another reminder of the fertile Norwegian music scene that keeps breeding such excellent bands. This trio has already managed to create its own independent, mature voice while still well-versed in past and current powerful trios legacies that marry free jazz with free improvisation, mainly European ones such as saxophonist Peter Brötzmann's various projects, Sweden/Norway's The Thing and Norwegian saxophonist Frode Gjerstad, in which SAKA bassist Jon Rune Strøm currently plays. SAKA's members also play in other promising Norwegian bands such as Cortex, Friends & Neighbors and Akode.

Gjerstad is responsible for the warm and crisp sound of this live recording Stavanger's Cementen club. The opening improvisation, "Æ"—at almost thirty minutes—is an unstoppable muscular journey that features the trio's busy interplay. There are few breaks to regain volition and strength, but then the trio's energy bursts and boils again. All three musicians have strong and independent personalities, powerful enough to lead a string of outfits, but here there is no leader. Saxophonist Kristoffer Berre Alberts has mastered a personal tonal language, while Strøm and drummer Dag Erik Knedal Andersen possess endless hyperactive energy. And there is enough space for all to explore the sonic articulations of their instruments.

The second short improvisation, "Ø," is a masterful demonstration in restraint and reserve. It feature brief and spare articulations, all using experimental extended techniques, accumulating to create a playful, mysterious soundscape. The third improvisation, "Å," continues in the same vein but develops slowly and methodically into a powerful example of inventive, take-no-prisoners interplay.

Cementen's release was celebrated at the 2012 edition of the Kongsberg Jazz Festival, solidifying the great potential of this creative and promising trio.