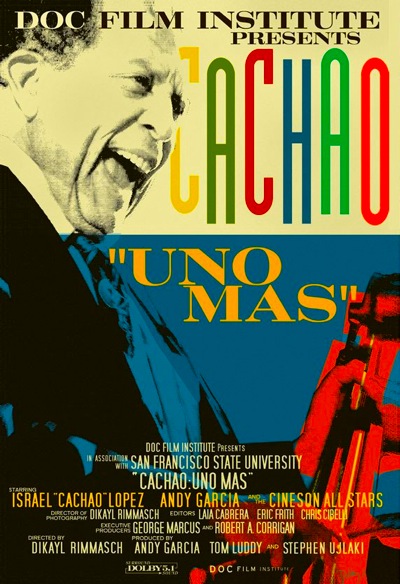 It's a cliché to say that any one man is largely responsible for a large part of modern music. But in the case of Israel "Cachao" Lopez—the Cuban-born, Miami-based bassist, composer and bandleader, who died in 2007 at around the age of 90—that claim is true. Without the pioneering musicianship of this tanned, slightly hunched over, bowlegged musician, Latin music would not exist as it is known. Born into family of musicians, Cachao—the word means "lively with joy"—was a child prodigy, who performed with the Havana Philharmonic at the age of 10. He co-led a group with his brother, Orestes, in 1937, where they re-syncopated a section of the stately danzon court dance book and co-wrote the composition "Mambo," and gave birth to a new Afro-Latin dance genre of the same name—although some musicologists credit its birth to the equally inventive Afro-Cuban composer Arsenio Rodriguez. Two decades later on his LP, Descargas en Miniatura, Cachao pioneered the jazzy descargas—Cuban jam sessions—which became the basis for salsa and Latin jazz.

Now, don't feel bad if you don't know Cachao's name. It's not your fault. Castro's revolution jettisoned him from his island home. And after years of toiling in obscurity in Las Vegas, New York and Miami, it was the Cuban-American actor Andy Garcia who "rediscovered" him, produced his Grammy-winning CDs and reintroduced him to a thankful audience who danced and tranced to his music.

It was Garcia's passion for Cachao—whom he regards as a father—that is largely responsible for the broadcast of this lovingly-produced, two hour-plus film, the title of which translates as "One More," and it splendidly updates an out-of-print documentary from the early 1990s. This edition of PBS' famed American Masters series, which originally aired on September 20, centered on Cachao's 2005 gig at San Francisco's Bimbo's 365 Club, with the CineSon All Stars, mixed with analysis, commentaries and remembrances of the maestro,by a number of musicians, friends and family including Garcia, percussionist and historian John Santos, Cachao's daughter Elena, trumpeter Arturo Sandoval, and composer/arranger Ray Santos.

The best documentaries reveal the environment that produced the subject. In this case, that would be the lost world of early 20th century Havana. There are marvelous black and white stills and film footage that capture the elegant, tropical, artistic paradise that the young Cachao grew up in, where Africa and Europe met on New World soil. As the maestro reminiscences about growing up, he makes it almost seem natural that he played with classical musicians as a kid, or that he wrote over 200 danzons a week when he worked in the city's casinos and bars.

Throughout the documentary the viewer is struck by Cachao's impossible humility, which also accounted for his obscurity. He defers to his brother and co-leader when he recalls the birth of mambo, and is similarly reluctant to take his share of credit in popularizing the descarga. But nowhere is his humbleness as astounding as it is in the case of the tune "Chanchullo," an engaging, medium tempo song Cachao wrote in the 1950s but did not get credit for. Tito Puente took a fragment of the composition and entitled it "Oye Como Va," which the Mexican-American guitarist Carlos Santana would take to the world stage in galactic proportions. When asked whether he would sue for his rightful share of the royalties, Cachao is said to have shrugged and said, "You know how kids are."

The most poignant and painful moments of the documentary cover Cachao's exodus from Cuba to a cold and unfamiliar United States. Latino musicians in New York's El Barrio could not believe the maestro would show up there. And to Las Vegas, where Cachao would make money playing on the casino circuit, and lose it gambling. He fled to Miami, where things got so bad, he didn't have a bass or car and was playing for weddings and Bar Mitzvahs. But Garcia's resurrection of Cachao in the early 1990s reintroduced him to a new generation of fans, thanks his magical, Grammy winning recordings, not to mention a whole slew of awards and honorary degrees that more than made up for the dark years.

But for all of the excellent footage, interviews and commentary, nothing better displays Cachao's artistry than the infectious clips of his San Francisco gig featuring the great Colombian saxophonist Justo Almario and conguero Luis Conte, giving their best, especially on "Abakua Protest," "Redencion," "Guajira Clasica" and the number one hit, "Descarga Cachao." Sure, the tempos are not as fast as the maestro delivered them in his heyday. But, like Vladimir Horowitz, Cachao had mastered the art of what not to play; and every note he plucks or strums is perfect, in tune and on tempo. Humility and circumstance may have dimmed his career, but, as this hip and heartfelt documentary illustrates in sight and sound, his everlasting artistry illuminated all of the dark historical holes of his musical life. In the words of "Como su Ritmo No Hay Dos," Cachao's most famous lyric, "like his rhythm, there is no other."