By Mark Corroto
February 1, 2001
Sign in to view read count 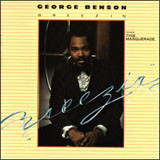 Thanks to George Benson sometime in 1977 I became a jazz fan. I'm not sure how I stumbled upon his release Breezin', maybe it was its triple-platinum sales or maybe its three Grammy awards. Nonetheless, this Bruce Springsteen rock fan fell for Benson's bluesy guitar sound and wordless vocals. I was also listening to Chuck Mangione and Al Jarreau. All three piqued my interest, and I followed Mangione back to Art Blakey and Jarreau's version of "Take Five" was my ticket to Brubeck. I found an old (now out-of-print) George Benson record called Benson Burner (1965) where he played soul jazz and bebop. I was intrigued by his cover of Charlie Parker's "Billie's Bounce," and started buying Parker LPs. Actually I stayed with all things current of the time including Weather Report, Tom Scott, and of course Grover Washington Jr.

These musicians provided the sounds of my college years, but also directed me to my future studies in the respected churches of Thelonious Monk, John Coltrane, and Miles Davis. Jazz musicians, even those we, of the elitist jazz snob schools, look down on, can lead adventurous (and even semi-adventurous) listeners back through history and more importantly prepare them for the inevitable changes the future of jazz will bring.

Benson's Breezin relied heavily on producer Tommy LiPuma's tastes in popular music and choice of musicians to accentuate Benson's jazz talents. He enlisted a 40-piece string section for sounds that were lingua franca to the disco audiences and such a large part of today's smooth jazz. In the late seventies, as well as today LiPuma understood the devices needed to sell jazz to a larger audience than to hard-core jazz fans. Synthesizers, electric pianos, and lush orchestration feed into the polyester and Dacron worlds of the disco era. His vocals on the "This Masquerade" turned the one time Wes Montgomery protege into a pop star. But what is significant in the year 2001 is that underneath all that production is an extremely talented guitarist. Unlike many of the smooth artists of today, his talents have never forsaken his straighter roots. Breezin' remains an easily accessible introduction to jazz newbies.