So great was Miles Davis' legend, so magnetic his aura, that the crowds and the adulation only increased towards the end of his life—a period when he was playing arguably the least progressive music of his career. This double-CD recording of a concert at the Jazz à Vienne Festival from 1991 is a case in point. ...

Still a teenager when signed to Quincy Jones' Warner Bros. subsidiary, Qwest, trumpeter Derrick Shezbie was nonetheless a veteran on this debut as leader--having been playing in the traditionalist Rebirth Brass Band for several years already. Produced by fellow Crescent City native Delfeayo Marsalis, “Spodie's Back" is a much more modernistic outing than anything ...

Ethan Gruska's En Garde illustrates the truism about the apple not falling far from the tree. With his solo efforts as well as his participation in the Belle Brigade (with sister Barbara), the songwriter/multi-instrumentalist is doing justice to his esteemed lineage: Ethan's father is Emmy-nominated TV/film composer and songwriter Jay Gruska and his grandfather is Oscar-winning ...

No Eyes - Looking at Lester Young 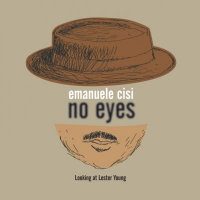 Label: Warner Bros.
Released: 2017
Track listing: Grinder; The Healing; Our Love; Cold Blooded; When My Train Pulls In; Down To Ride; You Saved Me; Shake; Church; Honest I Do; My Baby's Gone; Numb. 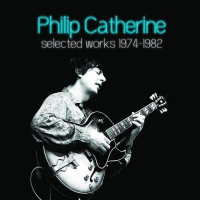