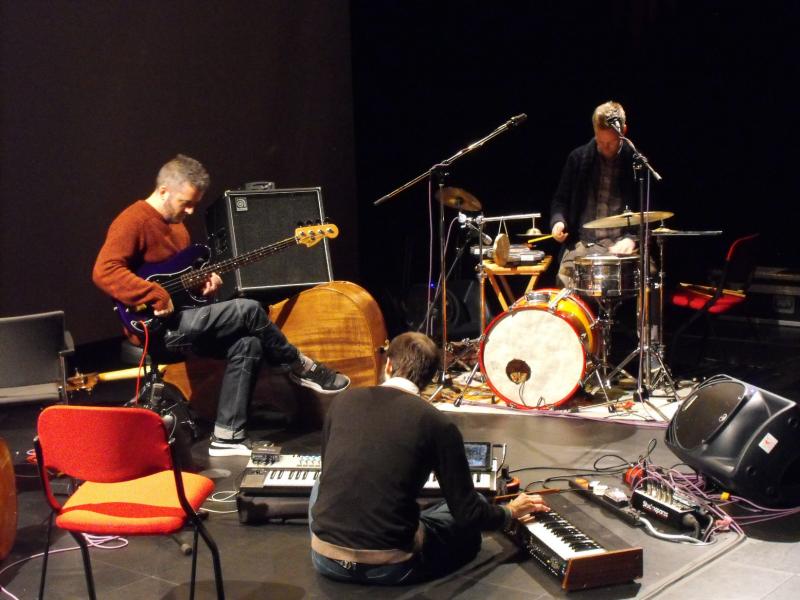 Watching three improvising musicians perform in front of a hundred or so jazz academics felt a little akin to watching a gallery of chief surgeons observing an unusual operation, although the only commentary during the one-hour performance took the form of a handful of tweets. The performance by keyboardist/cellist Matthew Bourne, drummer Steve Davis and bassist Dave Kane was part of the Rhythm Changes: Rethinking Jazz Cultures academic conference, the culmination of a three-year project designed to take a fresh look at jazz from a European perspective. Bourne, whose Montauk Variations (The Leaf Label, 2012) was one of the most arresting solo albums of 2012, was the conference Artist in Residence and had played a duo gig with saxophonist Christophe de Bezenac the day before at the conference launch.

Whilst there was nothing unusual about this trio's performance, the large number of jazz academics from all over the world—a growing tribe—represented something of an unfolding revolution in the way that jazz is analyzed, written about and discussed. If the three musicians felt they were being intellectually dissected anthropologically or socio-politically—or examined through the prism of history (a distinct possibility)—they showed no signs of nerves or distraction during their absorbing set. In keeping with the main theme of the conference—taking a fresh look at jazz—Bourne used an old Moog synthesizer in lieu of a piano for the first time in this trio, and Davis employed a hybrid electronic/acoustic kit, adding a kid's electronic drum pad to his conventional kit.

The trio has been playing together since 2005—releasing the one critically acclaimed album Lost Something (Edition Records, 2008)—and the empathy in the interplay was evident. A series of intimate improvised dialogues covered a lot of ground stylistically, from free jazz of the disciplined kind, to avant-classical and electro-ambient/groove music. From minimalist beginnings, anchored by a steady bass motif, Bourne's ethereal waves and Davis' light percussive accents soon drifted towards more industrial sounds. Drums and bass grew more urgent, and a wavy keyboard melody receded in the face of greater rhythmic impetus and darker textures. The trio shifted gears stealthily between quietly hypnotic and more openly experimental passages, winding down gradually on the back of a gentle Moog groove. 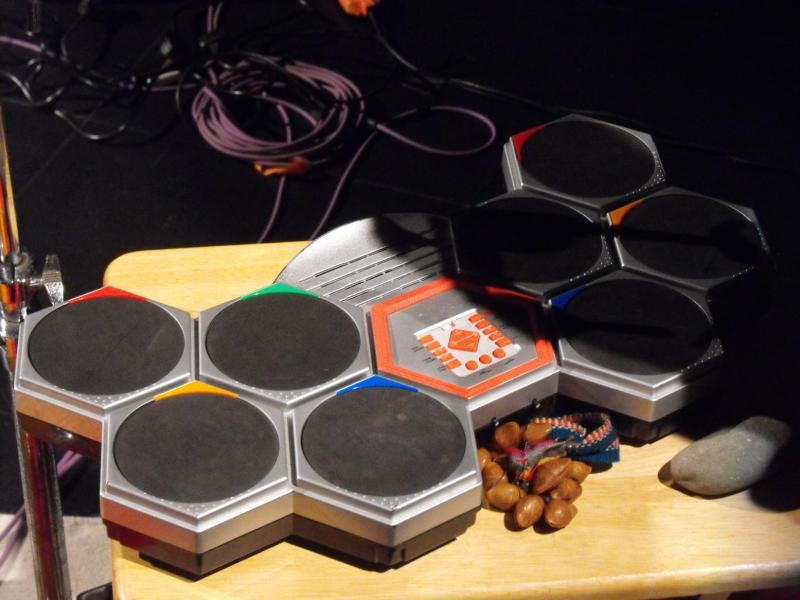 The second piece stemmed from an exchange of repeated pizzicato motifs from both Kane and Bourne (on heavily plucked cello), with Davis adding deft cymbal touches. An arco duet formed the heart of the improvisation, leaning between abstraction and moody harmonics. Bourne's plucked two-note figure provided a slow rhythmic pulse throughout, with Davis a subtle presence. The arco voices gravitated towards one another and joined in a long, drone-like note that faded to nothingness. Davis was more animated on the third improvisation, which began at a charge, with bass and drums spurring each other on as Bourne drew scratchy cries from his cello. For the final minutes, Bourne—switching once again to Moog and sitting cross-legged on the floor—bent a succession of single notes against Kane and Davis' repetitive rhythms.

The fourth improvisation began where the third left off, though with a lovely, slow-churning groove defined by Kane's six-note ostinato and Davis' Balinese-influenced cymbal rhythms. Bourne's unhurried lyricism slipped into freer extemporizations before the trio settled on a strong groove. This proved to be a short steppingstone on the way to an extended trio improvisation, where the wall of sound created by Bourne's frantic arco and Davis' driving drums contrasted sharply with Kane's minimal touch on bass.

Three contrasting improvisations—each weighing in at around five minutes—highlighted the breadth of the trio's sonic palette. The first was the most lyrical; Bourne's long cello lines gliding over an insistent bass ostinato and sympathetic percussion for a hypnotic number of some grace. The following improvisation, once again featuring double arco, harbored brief passages of harmony among the more dominant, edgy dissonance. The final improvisation was a simple piece of electro-pop which noodled along pleasantly enough without ever really deviating from the straight and narrow.

The Bourne, Davis and Kane trio was a sound programming decision for a conference whose aim was to rethink what jazz is and how it's experienced by performers, audiences and media. Bourne's modern approach to improvisation was compelling because it embraced ugliness as well as beauty, groove and abstraction, and because it recognized no boundaries. Was it jazz? That is, perhaps, an academic question.