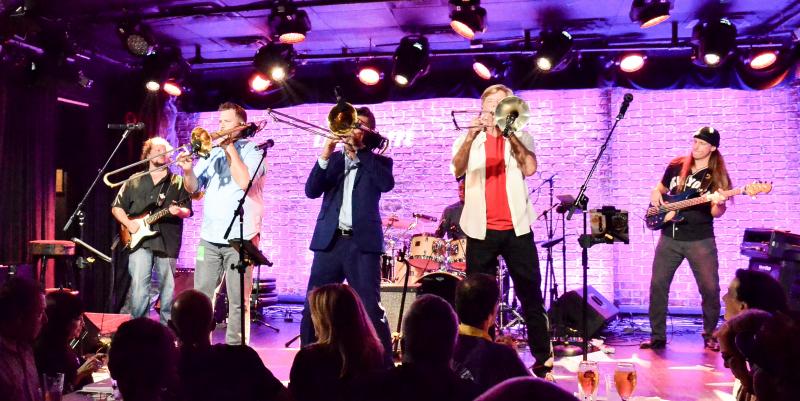 Bonerama is one of the most genuine, unique and interesting bands to have come out of New Orleans. Bonerama incorporates jazz, brass, funk, fusion, gospel, soul, pop, rock, blues, a touch of alternative and even a bit of reggae into its one-of-a-kind sound.

Trombone players Mark Mullins and Craig Klein formed the band in 1998. Over the years the band has featured a Who's Who of New Orleans musicians either sitting in for an extended arc or working as full-fledged band members. Currently Bonerama is comprised of Mullins, Klein, Greg Hicks (trombone), sousaphone player/bassist Matt Perrine, guitarist Bert Cotton and drummer Walt Lundy. Though Perrine was present in spirit as the band covered a number of tunes he had penned ("Bad Dog" and "Sun Lion" to name two), the bass seat on this on this evening was manned by the incomparable Charlie Wooten.

The Iridium is a small room. What the venue lacks in size is more than made up for by its exemplary audiophile sound system and unique lighting and stage treatment. The club was known as the musical home of Les Paul, who performed there each week until his passing in 2009. During the past 20 years the iconic venue has featured performances by legendary jazz, funk, gospel, folk, world music, blues, R&B, cabaret and rock superstars.

On this pleasant Saturday evening at the end of July, Bonerama settled into the Iridium to bring a little bit of New Orleans to the ex-patriot New Orleanians and its New York fanbase with two sets—the early show at 8pm and a midnight (well 11:55pm) performance. The 11:55pm performance was deemed the Phish After Party. It was billed this way due to the fact that the jamband, Phish was in the middle of a 13 show residency at Madison Square Garden (dubbed "The Bakers Dozen").

The early show began with a bang as, Bonerama, the band the Rolling Stone has called "the ultimate in brass balls," opened with "Paranoid Android." Following the first number, Mullins stepped forward and announced, "This is a classy place. We're not used to that. We'll have to change it."

The band delivered a set that included both old ("I'm Tellin' Ya" from 2001's independently released Live At The Old Point CD) and new ("Bad Dog" from a soon to be released album). Also on the docket was a New Orleans favorite (Ernie K-Doe's "Te-Ta-Te-Ta-Ta" sung by Klein) as well as some well-chosen Bonerama-fied covers (fantastic brassified versions of Led Zeppelin's "Bring It On Home" and "In My Time Of Dying" and Twenty One Pilots "We Don't Believe" sung by Mullins who described it as, "This is what Twenty One Pilots would have sounded like if they were from New Orleans.").

As the band's set played-out, the audience members rose from their seats to dance in the aisles between the tiny club's tables. "Look Out Lonely" fed into the party atmosphere with its swampy, funky R&B vibe. The song which featured Mullins on vocals was introduced with, "Who likes the Radiators? This is one we wrote when they were breaking-up."

Other highlights included: "Mr. Okra" (the band's ode to Arthur Robinson, a.k.a. Mr. Okra, who for over 50 years, has been delivering fresh produce in the back of his pickup truck to the New Orleans community) featuring a tasty bass solo provided by Wooten, "Less Is More" and "Mr. Go."

The set ended with an absolutely awe-inspiring version of Black Sabbath's "War Pigs." Cotton's fret-work would have made Tony Iommi proud. The interplay between Hicks, Klein and Mullins not only mimicked the song's musical arrangement but also Ozzy Osbourne's vocals.

The performance was stellar. The energy in the room was enough to power the island of Manhattan. The band fed off of the energy of the audience members. The audience fed off the band's energy. And the band members fed off of each other's energy.

Bonerama is truly a force of nature. The band is in a class of its own. Its jazzified, funkified, rhythmic and rockin' brass band music is unequalled and unparalleled. Once heard it can never be forgotten. The band always leaves its fans wanting more. As the fans filed out of the Iridium, many were heard inquiring about the availability of seats for the late show. 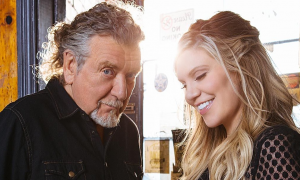