By Ernest Barteldes
March 15, 2008
Sign in to view read count 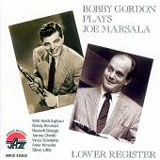 The first impression one gets when listening to this well-crafted tribute to the 100th birthday of Joe Marsala (and available now, thirty years after his death) is the feeling of having been transported to the past, albeit with clear digital technology. The CD is traditional jazz at its best with none of the hiss so common in remastered recordings of the 1930s era—after all, the disc was recorded in 2007.

During the sessions, clarinetist Bobby Gordon made no attempt to write arrangements that modernized the tunes; all of them are played in their original swinging big band era style, of which Marsala is a direct product. To recreate the selections, much of the sheet music was obtained from publishers who still carried them, while others came from collectors' files and even auction sites like eBay.

On the never-before-recorded "Angelique," violinist Russell George obviously channels Stephane Grappelli in one of his solos; "Village Blues swings hard while George, trumpeter Randy Reinhart and Gordon trade solos until they all come together, improvising New Orleans-style until the end. The same happens with "Southern Comfort and "Little Sir Echo," the latter being the most enjoyable (and upbeat) of the three. The title track has a bluesy feel on which Gordon stretches and the brilliant "I Don't Have To Dream Anymore opens with a syncopated bass line by Vince Giordano and has another fine Reinhart solo.

Another previously unrecorded tune, "Say When," begin with notes resembling the theme from the film An Affair to Remember but soon evolves through each musician's lead turns, one of the most beautiful coming from pianist Keith Ingham.

This disc brings listeners back to a bygone era ripe for discovery by younger jazz fans.

Woo-Woo; Southern Comfort; Don't Cry Joe; Little Sir Echo; Say When; Morning Star;Hot String Beans; Jim-Jam Stomp; And So To Sleep Again; I Don't Have To Dream Any More; Angelique; Bird Man Blues; Village Blues;Like Never Before; Lower Register; You Can Never Give Me Back My Heart; I Must Be Dreaming.