Born in Muskegon, Michigan, Ernest Barteldes started out playing in rock bands in Fortaleza, Brazil. Though his first instrument was the clarinet, he gravitated to guitar and percussion but eventually settled on the electric bass. Over the years he played various genres, and after relocating to New York he started performing with a Beatles tribute band. After that project came to an end, he experimented with a blues duo (playing guitar) and then retreated from the music scene for several years except for a weekly gig at The Church of Our Lady of Pompeii, where he still performs every Sunday. While away from the stages, Ernest went behind the scenes and built a career as a music critic covering jazz, Latin, Brazilian and dance for various publications, including AAJ He always had a passion for Brazilian music, and after a friend suggested forming a bossa band, he threw himself into this new project as bassist, vocalist and songwriter. 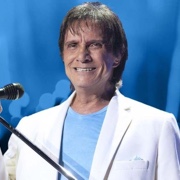 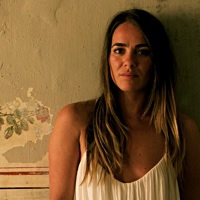 Gisela João and Acoustic Trio Schimmel Center at Pace University New York, NY February 25, 2017 The evening, which was part of the Fado Festival in New York (a multi-venue event dedicated to disseminate fado--Portugal's most traditional genre--in the United States) began with a set of traditional instrumental ...

Mariza Town Halk New York, NY October 15, 2016 As part of her first major U.S. tour in nearly five years (she took a break to start a family), Mariza kicked off her set at Town Hall in a more traditional manner, backed by Portuguese and Spanish guitars and acoustic bass, ...

Bibi Ferreira Symphony Space New York, NY September 23, 2016 On the second of her two-night residence at The Upper West Side's Symphony Space, Bibi Ferreira took to the stage with her “Four Times Bibi" show, which brings together four of her previous shows in which she paid ...

Rodrigo Amarante Latin Alternative Music Conference at Central Park Summerstage New York, NY July 7, 2016 On his Summerstage debut, Brazilian singer-songwriter Rodrigo Amarante, backed by his own acoustic guitar and a band, kicked off his performance with an original low-tempo ballad sung in his native Portuguese. He ...

Badi Assad Iridium Jazz Club New York, NY October 20, 2015 Backed solely by her nylon-string electric guitar, Brazilian singer and guitarist Badi Assad took to the stage in her first U.S. tour since 2007 in support of her 2015 release Hatched (Quatroventos, 2015). Before playing, she ...

Baby do Brasil Blue Note Jazz Club New York, NY August 17, 2015 On the first set of her appearance at the Manhattan Jazz Club, Baby do Brasil was backed by a 6-piece band under the musical direction of her guitarist son Pedro Baby that included Ze Grey ...