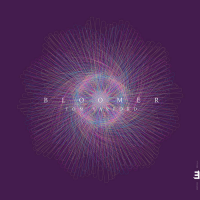 The Kenny Wheeler Jazz Prize, founded in 2011, is awarded each year to a young artist who demonstrates excellence in both performance and composition, selected from all graduating jazz musicians at the Royal Academy of Music. The prestigious prize includes a release of the artist's proposed recording on Edition Records. Thus it is that the 2017 winner of this highly sought-after prize, Tom Barford, who graduated from the RAM with first class honours, was able to record this, his debut album, Bloomer.

The unalloyed sax and drums opening to "F Step" is testament to Barford's fluency on the tenor, sounding like a youthful Sonny Rollins, before the piece develops satisfyingly, courtesy of Billy Marrows stinging guitar lines which evolve into melodic unison with the saxophone. Lest anyone's in any doubt, "Razztwizzler" demonstrates Barford's ability to compose and perform at the funkier end of the spectrum, too. Here the initial bass-anchored riff is gradually overtaken by an accelerated, urgent pace and more of Marrows's biting, blues-infused guitar.

Not all the numbers here are frenetic though. There's the reflective "Ideology" and the echoey "Space To Dream." The evocative "Music For An Imagined Film" succeeds in conjuring-up appropriately cinematic images. Barford's compositional abilities are highlighted on the opening title track which features an off-kilter rhythm and sumptuous tenor soloing backed by warm guitar comping. Bloomer is possessed with an overarching and consistent vibrancy which is clearly indicative of even greater things to come from this talented musician.