By Glenn Astarita
August 28, 2018
Sign in to view read count 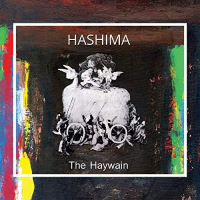 This Serbian band often develops passages with the impetus and intent of a hunter stalking its prey. With asymmetrical jazz-rock, punk-jazz and free-form excursions amid Balkan folk themes, the musicians' animated buildups and intertwining motifs are anchored by drummer Aleksander Hristic and bassist Vanja Todorović power-packed grooves and fluent outbreaks. As the band's second album reaffirms its distinct personality with imaginative song-forms, deriving inspiration from The Haywain Triptych panel painting by Hieronymus Bosch.

Nascent Portuguese trumpet star Susanna Santos Silva helps launch the festivities on the opener, "Dance No. 3." Here, the ensemble mixes it up via a gradual uprising and fiery convergence, spiraling towards a zenith. Consequently, the artists judiciously pick their spots. Sure, there's some razzle-dazzle type moments but they methodically dish out burgeoning thematic processes, often intensified by electric guitarist Igor Mišković's sweltering crunch chord strumming and ominous jazz rock leads.

"II The Haywain" is initially framed on Hristic's prodding medium-tempo backbeat, morphing into a scorching jazz rocker, slightly chilled by tenor saxophonist Srdan Mijalkovic's searching and drifting lines, culminating in the soloists' ballsy and brazen dialogues. They sport a deterministic gait. However, the final track "III Satantango" is an up-tempo blitz elevated by the saxophonist's popping notes, yet tempered by the guitarist's off-kilter phrasings during the bridge, as a one-note bass and drum timestamp provides lucid imagery for the frontline's howling riffs.

While the album clocks in at 39:24, there is no filler material to be found. Each piece is a standalone storyboard, shaded with exploding dynamics and sinuous sound designs, as the ensemble seemingly breaches the vaults of forbidden dwellings.

Dance No.3; Iris of the Eye - The Haywain Triptych; Ray of the Microcosm; II The Haywain; III Satantango.