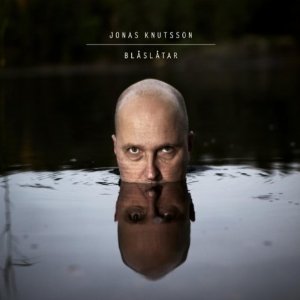 To the English-speaking world, the titles of Blaslatar's songs may be daunting to pronounce, but it's strongly advised to get over it because that is when the true majesty and breathtaking beauty of Jonas Knutsson's playing can be truly appreciated. The saxophonist was raised in Umea, Sweden by parents who hosted the annual jazz festival there. Knutsson's first instrument was the alto, and he played mainly in the jazz idiom until he met vocalist Lena Willemark, who persuaded him to seek a life in the Swedish folk tradition, much like Nadia Boulanger suggested to a young Brazilian, Egberto Gismonti. Since then Knutsson has been associated with a number of prominent Europeans chief among them, his fellow Swedes, composer Johan Soderquist, percussionist Bengt Berger, multi-instrumentalist Ale Moller and keyboard wizard Mats Oberg, with whom he made the sensational Jonas Knutsson...Mats Oberg Live (Country & Eastern, 2008).

Blåslåtar may be not just his best yet, but one of the finest albums made by any saxophonist in a very long time. Knutsson plays no less than 31 folk songs from a large swathe of Sweden—original music written for and almost never played on anything but the traditional fiddle and nyckelharp. Both instruments can be played with limitless glissandi and vibrato, because they are stringed instruments and require that the musician use only his fingers and hands, parts of the body that can be taught to play at various speeds, continuously, for a very long time. What Knutsson does here, however, is nothing short of miraculous, as he has commanded his body to breathe according to his whim and not involuntarily as most humans do. This goes well beyond the circular breathing that saxophonists such as Pharoah Sanders practice. So breathtaking is his playing, with such soaring glissandi and fluttering vibrato, that it is impossible to discern the pause for breath. Of course he does, or he would certainly turn blue and die. However, whether he is playing soprano or sopranino—his instrument of choice—or even baritone, which he does on "Min levnads afton, Bingsjo, Dalarna" and "Polska fran Skog, Skog, Halsingland," Knutsson is able to almost perfectly mimic the swinging and sliding of the nykelharp and the fiddle.

Knutsson is also one of the most expressive saxophonists playing today. Combine this with his flawless technique and Knutsson becomes an artist in the Liszt tradition. His playing may not be dramatic as Liszt's was, but with deep—often aching—emotion he is able to summon feelings from the very depths of his soul. This might put Knutsson in the same league that was once occupied only by Charlie Parker and John Coltrane—not only in terms of sheer mastery of technique, but also when it comes to innovation and creativity. Geographically challenged Americans might cry blasphemy, but then they probably did when Gismonti arrived on the scene too.