Kevin Bales's Beyond The Neighborhood: The Music Of Fred Rogers at Jazz Corner 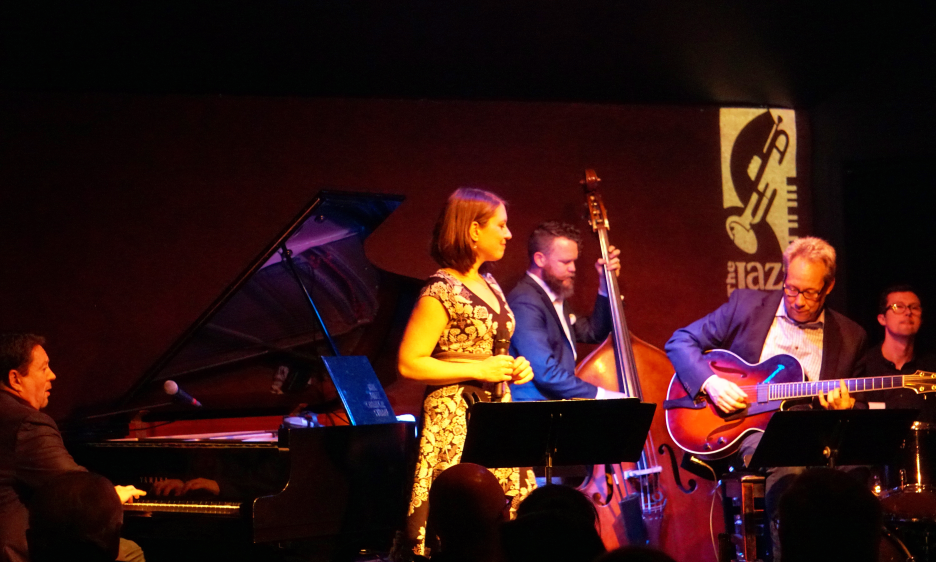 Fred Rogers was best known for his pre-school television series "Mister Roger's Neighborhood" which ran for over fifty years, but he was also a gifted musician, winner of a Grammy award, composer of hundreds of songs and some operettas for children too. His compositions spoke of heartfelt reassurance for children in a complicated world. Equally, Roger's music may sound like unusual jazz territory for one of the best pianists around, but Kevin Bales is a continual chameleon, always deep in research. He has invented productions from a centennial blues celebration to this children's music. The production title is a parody on Mister Roger's pioneering TV show, Bales called it "Beyond the Neighborhood: The Music of Fred Rogers." It was performed live at The Jazz Corner. It has also been released as an eleven song CD album under the same title.

Kevin Bales is a consummate pianist, throwing a hunched shoulder at the piano in the fast sections, he remains always the music professor, encouraging the musicians forward together as one. With quite small hands it should be difficult for him to play as hard and fast as he does but he easily constructs precise crescendi of great force and thrilling excitement.

Bales surrounds himself with the best of musicians. Marlon Patton just in from Paris, rolled along on drums firing shots for emphasis and starting "When the Day turns into Night" by building up three long mallet rolls on the crash cymbal. Billy Thornton worked hard on the bass, at times hand tapping out the rhythm on the case and playing some exceptional, energetic solo pieces. Barry Greene joined the original album musicians on 6-string guitar. He played in balanced volume with sensitive touches to compliment the singer and piano exhibiting a refined tonal quality.

Delightful Keri Johnsrud came in from Chicago to hit all her notes perfectly, wearing a period A-line floral dress to add authenticity to her musical character. She injected expressive pauses as she sang in a gentle, melodic voice with just the right level of fun and reassurance, picking up on sentiments which were implicit in the original music. She sang Rogers' songs "It's You I Like," "You are special" and another from the child's point of view "I Like to be Told" which ended in a hum and a fade. Johnsrud finished the performance with "Troll Talk," which sounded convincingly like an unknown European language but turned out to be a nonsense lyric, just for fun.

This was a strong jazz performance with undercurrents of innocence from another time, disarming honesty and kindness to young children. It was utterly charming.