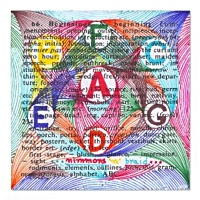 Phil Nimmons and David Braid are nearly 53 years apart in age, but by finding common ground on Beginnings, they prove that age doesn't necessarily determine one's personal voice or artistic viability. Braid, a thirty year-old pianist, has been generating considerable buzz in the Canadian jazz community for his stylistic maturity, which is all the more surprising considering he came to jazz only recently, and a compositional approach that masks deeper complexity in accessible veneer. Recent projects like Vivid: The David Braid Sextet Live (Independent, 2004) and the Murley/Braid Quartet, so impressive in its 2004 performance at the Ottawa International Jazz Festival, have quickly established Braid as someone to watch.

At 83, Nimmons, a clarinetist, is one of Canada's elder jazz statesmen, yet age doesn't seem to be slowing him down. Beginnings documents a 2004 duet concert performance with Braid featuring a completely spontaneous set of free improvisations that nevertheless bear a surprising sense of purpose.

Few can match pianist Keith Jarrett when it comes to inventively pulling form out of the ether. His improvisations may range from abstract to hymnal, but he's consistently able to create from a completely blank slate. Achieving the same result is harder for a duo because one player has to be constantly aware of what the other is doing, responding and instigating. Nimmons and Braid manage to successfully mine Jarrett's stream of consciousness turf, which is all the more impressive because it's not the insular experience of a single mind at work. Akin to an intimate conversation between friends so comfortable with each other that neither is afraid to go in unexpected directions, the album's seven spontaneous compositions are stunning for the apparent ease with which each player latches onto the other's thoughts.

That's not to say the music has any specific stylistic reference to Jarrett. But Nimmons and Braid's ability to effortlessly move from the lyrical and majestic beginning of "Ayy into free association—often with only the slightest of musical nods from one or the other and in the space of a few short moments—is testimony to just how open their ears are.

Not to mention their minds. One would expect an artist of Nimmons' vintage to be steeped in tradition, but he's capable of modernistic fancy, as on the frenetic "Dee, where the two seem to be in a humorously perpetual state of catch-up. Braid may be the youngster, but "Bee proves him comfortable with the blues tradition, while "Cee finds both evoking a curious combination of Bill Evans and George Gershwin. "Eeh begins with Braid echoing Nimmons' whimsical melody, taking a simple idea far.

The aptly titled Beginnings hopefully represents the start of a more permanent relationship. There's no clear leader here; while Braid can learn from Nimmons' wisdom and experience, Nimmons is just as much a student of Braid's youthful exposure and frames of reference.