BY C. MICHAEL BAILEY
July 5, 2017
Sign in to view read count
Hungarian clarinetist Lajos Dudas "El Dudas" has been a reeds fixture in Europe since the early 1980s. He is equally capable of performing rock, jazz, shythm & blues, and classical music. In 1998, Dudas released a standards recording called Some Great Songs. He then took his precious time creating his Volume 2 early in 2017. Here is a consideration of them. 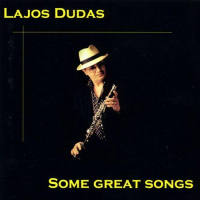 Lajos Dudas likes sparse instrumentation and plenty of space within which to play. He prefers a guitar-anchored ensemble for a light, swinging touch. He has no fear taking chances as evidenced by his recent recording Brückenshlag (Jazzsick Records, 2016), which featured compositions by Mozart, Brahms, Debussy, and Copland, plus a personal arrangement of Anton Webern's "Five Sets for String Orchestra." Dudas likes to take the classics and turn them sideways just to see what happens. On Some Great Songs, the clarinetist messages Leon Russell's "This Masquerade" over plush guitar chording into a bouncing almost Latinate swing. He is quietly smoldering on Benny Golson's "I Remember Clifford" and the bebop chestnut "All the Things You Are." He even up-ends Ellington's "Caravan" in a creatively clever way, pushing the song's harmonics toward sonic freedom. "How High the Moon" is even given a free-wheeling thought exercise. Where Tony Scott left off, Dudas has continued, pushing the role of the clarinet in more progressive jazz further outward. 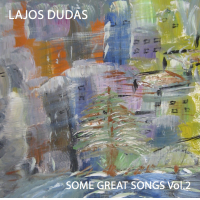 Break forward almost 20 years and the wily clarinetist is back with a second set of standards where he gleefully plays with every traditional concept of the music available to him. Again, with only sparse, but effective instrumentation, Dudas recasts several standards, an original, and a Franz Lehar song. Dudas reads Geraldo Pereira's "Falsa Baiana" pretty straight before taking a hard left turn on Charles Mingus' "Goodbye Pork Pie Hat," with its lengthy percussion introduction. The piece is two-minutes old before Dudas comes in and then he takes off like Charlie Parker playing his second take of "Embraceable You" on October 28, 1947, when bird created post-modern jazz. Dudas records perhaps the most introspective and impressionistic version of the Lester Young tribute recorded. It is almost spooky.

Where the first set of standards as inventive and compelling, this second set is provocative and apocalyptic. Bill Evans' "Interplay" is revelatory in a circuitous and playful way. Things get beautifully strange on a morphine-slow "Take 5," on which Dudas, shows us the guts of the piece, playing it both beautifully and with a schizophrenic edge. That is followed by the infrequently heard "Vierd Blues" by Miles Davis. Yes, Dudas can play the blues and play them very well. This is very cool. Franz Lehar? Dudas gives a plush reading of the song as a ballad that turns into something else entirely by the end. This disc is exceptional in every way.