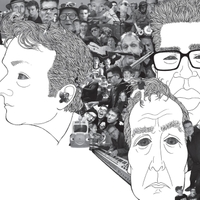 When one thinks of jazz cities responsible for contributing some of the music's most important artists, Detroit is always a name that pops up at the top of the list. A short list of icons who hail from the city would have to include Ron Carter, the Jones Brothers, James Carter, Pepper Adams, Louis Hayes, and many more. Truth be told, Michigan in general is a fertile area for budding musicians of all persuasions and many fine college programs contribute to this burgeoning scene.

Formed back in 2000, the group organissimo boasts the talents of three Michigan natives who also happen to be world-class musicians. All three gentlemen come from musical families. Organist Jim Alfredson hails from Lansing and has developed quite a resume working in several genres of music, most notably with Root Doctor and currently with Laura Rain & the Caesars. Detroiter Lawrence Barris first got his chops together as a guitarist backing everyone from Little Anthony and the Imperials to Redd Foxx. And last but not least, drummer Randy Marsh is a legend around Michigan and regularly leads a Sunday night jam session at the Speak EZ Lounge in his native Grand Rapids.

That this trio has the fortitude to tackle the iconic music of the legendary Beatles and then succeed on so many levels is a testament to not only their individual talents, but also to their collective history and experience. Packing quite a punch with their collection of a dozen gems ripe for improvisatory fodder, the trio made some smart choices in the pieces they selected. It's a heady mix that will please everyone from the novice to the Beatles fanatic.

The opening "Taxman" never sounded more hip, strutting its stuff in 7/4 meter to boot. Alfredson pulls up some great organ sounds, having been influenced by everyone from Jimmy Smith to Big John Patton. The group takes further rhythmic liberties with "All You Need is Love," heard here in a swinging 5/4 guise and with Alfredson voicing the melody on Wurlitzer electric piano before switching over to the organ. "Can't Buy Me Love" moves away from its British Invasion roots to take on a new life as a greasy shuffle complete with Alfredson cranking up the vibrato.

Fleshing out what is essentially a pretty basic and inconsequential piece of music, the trio really shines on "Dig a Pony." It's feels almost like the sun breaking through the clouds each time Alfredson pulls out the stops for the tune's hook. Barris casts a great sound that recalls some of the best organ combo men from the late 60s such as Wilbert Longmire, Pat Martino, Jimmy Ponder, and Billy Butler. He is undeniably an essential part of these arrangements. Be it deftly playing the lead on classical guitar for "All You Need is Love" or stretching out long tones on his electric while he takes center stage for "While My Guitar Gently Weeps." His solos are crisp, fully-formed statements that provide sustenance of the soul quenching variety.

As for Marsh, he easily navigates the quirky time changes and structures while laying down a solid foundation. Never too busy, but also not content to serve an auto-pilot type of comping that is all too common with organ trios, Marsh strikes a delicate balance. His funky groove for "Come Together" sets the piece in motion. His dry stick attack on "Dear Prudence" is just enough support for Alfredson's elongated phrases and juicy chordal work.

Although the trio remains at the core for the majority of the performances, there are a few tracks that get added spice such as extra percussion and a fine harmonica solo at the conclusion of "The Long and Winding Road." The closing "Within You Without Out" is a dramatic take on the George Harrison original that pits tabla against a whole bank of electronics manned by Alfredson. It's bold and audacious and the perfect send off to this sublime tribute.

Taxman; Dig A Pony; And I Love Her; All You Need Is Love; Can't Buy Me Love; I Will; Dear Prudence; Come Together; The Long And Winding Road; If I Fell; While My Guitar Gently Weeps; Within You Without You.