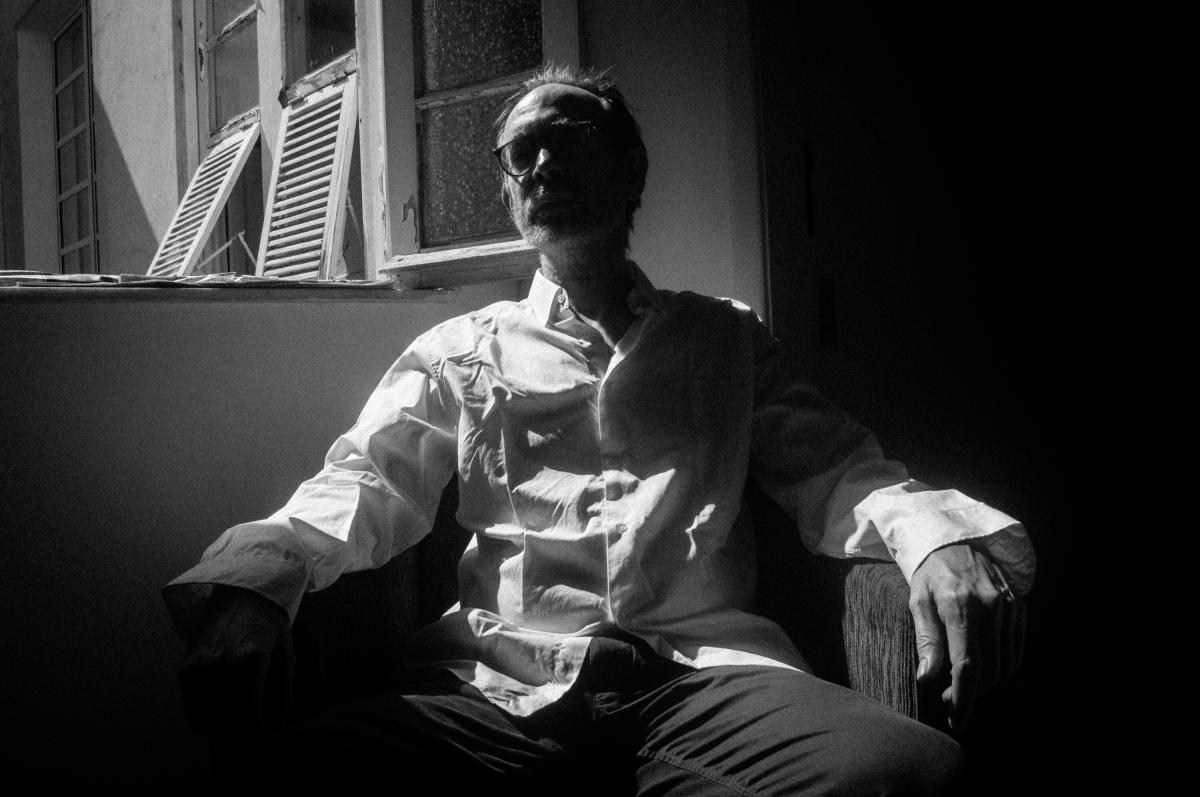 By ENRICO BETTINELLO
April 25, 2017
Sign in to view read count
Since his DNA and Ambitious Lovers adventures, Arto Lindsay's artistry has been defined by a tireless drive and capacity to bridge musical cultures, sounds and arts, making him one of the most intriguing musicians of our times.

His new album, the first CD of new songs in over a decade, Cuidado Madame (Northern Spy Records), has just been released and so All About Jazz decided to catch up with him, in advance of his US tour, to hear about his new record and much more.

All About Jazz : Let's start our interview from your latest release, Cuidado Madame. The album borrows the title from a movie by Julio Bressane. Why did you choose this title and what is your relationship with that Brazilian movie era?

Arto Lindsay: I chose the title Cuidado Madame in an obvious reference to the political present. The movie delivers its message with plenty of beauty and humor.
I met Julio shortly after I moved to New York. Julio loves old Brazilian music. He spoke of Noel Rosa and gave me records by Mario Reis and Cartola. He showed me his films and despite a short time spent together became a mentor to me.

AAJ: One of the clichés about Arto Lindsay's music has always been that it has a certain "downtown New York + bossanova" mood. I have the feeling that Brazilian urban and suburban life could be more frenzied than any western city today....

AL: You are right about the pace and mood of Brazilian cities today. The worst economic situation I can remember is devastating our health and educational systems. Rio, an already violent city, has gotten more so.
The judiciary has conducted a corruption investigation that has given faces and numbers to crimes we always knew were there. It remains to be seen if this will make a real difference going forward.

AAJ: How did you work on traditional candomblè rhythms for this record?

AL: I made recordings of some great musicians playing this music and brought them to New York, where my band and I wrote songs to them. Sometimes we took those beats out of the finished songs, sometimes we left them in.
I have been working with musicians in the orbit of drum master Gabi Guedes for several years. Maybe next time I can afford to get everybody, Brazilians and Americans, in the same room!

AAJ: Tell us more about the idea of spirituality that lies under this work, the connection between Afro-Brazilian tradition and modernity.

AL: This is a line from a press release I did not write! I have a parallel project, to work with candomblé in tandem with some elements of gospel, but this is not that project! And I have no idea how the idea of modernity came into this.

AAJ: Cuidado Madame is your first record of new songs in more than 10 years, since the 2014 album Encyclopedia of Arto was collection of previously released songs. What's new in the process of your songwriting and what remains the same?

AL: My process pretty much goes song by song. If there has been any progress it has been incremental. I still need partners to make up for the huge gaps in my musical knowledge. Writing for the first time with my young band members Paul Wilson and Kassa Overall gives this record a lot of its feeling. Melvin Gibbs, Lucas Santtana and Gil Monte are long standing partners.
Last year I produced a record by Thiago Nassif, who helped with editing on Cuidado Madame. We worked in a very detailed way on his songs before we recorded them. I am sure that helped my songwriting.

AAJ: The idea of "song" always remains key in your compositional world. What does this idea mean in the twenty-first century?

AL: I guess a song somehow fits the scale of one writer, one performer (maybe these are the same person) and one listener. No matter how many are listening.
So no matter what the elements you use are, traditional or not, you can describe them this way. These elements are usually sounds and words that are unrelated enough to surprise us in a way that we recognize. These elements may require an effort to bring into coherence but they need to be related enough so that eventually they do cohere!

AAJ: In a long interview you kindly gave me in 2009 you told me that you did not really want to learn how to play guitar and that you preferred to learn how to sing. Now your unconventional way of playing guitar has become a classic. In this record you are paired by Patrick Higgins, what is his role in this project?

AL: Patrick was part of the live band that cut most of the tracks. He makes a lot of sounds you might not immediately recognize as guitar sounds. And being a composer and producer like the other band members, he contributed lots that cannot be defined to the record. For instance he sampled my voice for "Arto vs. Arto" and played it back with his guitar.
Luis Filipe de Lima played acoustic guitar on "Uncrossed" which we wrote together. He's a great seven-string samba guitarist who I have been working with this last year.

AAJ: After all these (y)ears, what is the definition of "noise" for Arto Lindsay?

AL: Everything we love completely!

AAJ: What are you listening to in these last weeks?

AL: The new Kendrick Lamar, some songs from Noite do Norte Ao Vivo by Caetano Veloso, a selection of Carioca Funk that my girlfriend plays on YouTube and Beatles songs blasting from my son's room.

AAJ: A promotional tour on the East Coast will follow the release of Cuidado Madame in late April. Will you tour Europe as well in the next months?

AL: Yes! No dates are set but Europe is a sure thing.