Melvin Gibbs has been called "the best bassist in the world" by Time Out New York magazine. A well- respected veteran of the New York music scene, he has contributed his singular talents to major artists in many diverse genres of music, appearing on close to 200 albums.

Born in Brooklyn N.Y. his first musical studies were on the congas and Latin percussion, focused on the Afro-Diasporatic rhythms of Puerto Rico, Cuba and Brazil. He studied with Papo Dadiego, later to become known as the maker of Jopa Percussion instruments, who was his next-door neighbor.

After deciding to switch to bass he studied acoustic bass at The Muse is Brooklyn under former John Coltrane bassist Reggie Workman and electric bass privately with Vic Collucci. The first band he joined featured the late Alphonia Tims (Future Funk Now!, ROIR) on guitar, who would later become a formative influence in his musical life. A few months later at a practice room in Medgar Evers College in Brooklyn he would meet another guitarist and kindred spirit, Vernon Reid. He soon joined "Point of View" a jazz-rock fusion band led by Reid as well as continuing to work as bassist-songwriter for a Brooklyn based production company specializing in funk and r&b.

He also freelanced extensively on the local N.Y. music scene with an emphasis on gaining as much hands on experience playing as many different types of music as possible. He placed a particular effort into gaining a strong working knowledge of all the musics of the peoples of the African Diaspora living in N.Y. concentrating first of Caribbean musics such as salsa, reggae, soca/calypso and compas then moving on to Brazilian musics and afro-beat than eventually later on African styles such as mbalax, and chimurunga. He also worked "uptown" in the Harlem jazz clubs playing with Dr. Lonnie Smith and others as well as the alternative "loft jazz" concert scene.

He first came to public notice as a member of the groups Defunkt and the Decoding Society who were mainstays of the in the early '80's downtown N.Y. scene.
(side note- Melvin was also the bassist for the Contortions/ James White and the Blacks/ Flaming Demonics and appears in the video of the Contortions show which features Debbie Harry and Chris Stein of Blondie) where he worked alongside his neighborhood pal Vernon Reid. He also re-connected musically with Alphonia Tims, had who become the protégé of Ornette Coleman and later became the protégé of the late Gil Evans, allowing Melvin the opportunity to be mentored by both of these jazz greats. He also worked with artists such as the seminal guitarist Sonny Sharrock, saxophonist/ composer John Zorn and avant-pop group the Ambitious Lovers.

A series of songwriting sessions with Andrew Hindes, keyboard player for the Waitresses, led to Melvin forming a rock band, Eye and I, with singer D.K. Dyson. A few months later the "B.R.C."—Black Rock Coalition - was formed. Melvin became a founding member of the B.R.C. and Eye and I became one of the original "B.R.C." bands. Read more

As a member of the trio Power Tools with guitarist Bill Frizell and drummer Ronald Shannon Jackson he recorded the "Strange Meeting" album and toured Europe.
In 1990 Eye and I signed with Sony Music and in 1991 the bands' eponymous album was released. The band (which by this time included a young DJ Logic on turntables) toured the States, got a video into MTV rotation and had their album cited as one of the Top 10 albums of 1991 by Entertainment Weekly magazine before splintering in '92.

In '93 he was invited to jam with the Rollins Band, who were between bass players. He initially declined the offer. The offer to jam was repeated and he reconsidered, joining the band after their first session.
(note to Rollins fans- the riffs that became the song "Civilized" come from that session and were the very first things Sim, Chris and Melvin played). He later found out he had been recommended to the band by both Vernon Reid and Red Hot Chili Peppers bassist Flea.

As a member of the Rollins Band he was nominated for a Grammy award as a songwriter, played to over 150,000 people at Woodstock (complete with pre-gig helicopter ride) toured the world and generally rocked out. During this time he formed Rage Records, releasing records by the rock-rap band A.D. and rap group People Without Shoes. He also reconnected with Arto Lindsay of the Ambitious Lovers, who he's known since the days of the early '80's downtown N.Y. scene.

After the dissolution of the Sim/Chris/Melvin version of the Rollins Band his working relationship with Arto Lindsay evolved into collaboration and he has worked as songwriter, bassist and producer on Arto's latest series of records. He also formed the band Harriet Tubman alongside guitarist/singer Brandon Ross (arranger on Cassandra Wilson's "Blue Lights Til Dawn" and "New Moon Daughter" and drummer J.T. Lewis (Herbie Hancock, Sting, Vanessa Willams) playing at major European jazz festivals and recording two albums. In addition he worked with DJ Logic as an original Project Logic member and as arranger/co-producer (with Scotty Hard) of Logic's first two records.

Elevated Entity is the recorded evolution of the Liberation Theology project It features Afro-Brazilian vocals and percussion recorded "in the field" by Melvin at Salvador da Bahia Brazil, the singing of Amayo of Antibalas, grandson of a Shango priestess from Nigeria, as well as underground rappers from N.Y. and Brazil. It also features legendary guitarist Pete Cosey of Miles Davis/ Chess Records fame who Melvin has been collaborating on projects with.

He formed the Punk-Funk All-Stars which features himself, James Blood Ulmer, Joe Bowie, Vernon Reid, and Ronald Shannon Jackson. They have played major festivals throughout Europe.

Melvin is currently in the process of producing a project called "Melvin Runs the Hoodoo Down". It takes the hip-hop recording technique known as "interpolation" and raises it up a level, using it as the basis of a new form of interactive improvisation, thereby bringing the concept known as jazz into the 21st century. 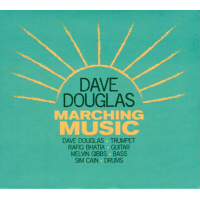 All About Jazz musician pages are maintained by musicians, publicists and trusted members like you. Interested? Tell us why you would like to improve the Melvin Gibbs musician page.