Pardon the quote from the American rock band Cracker's lyrics to “Low": Sometimes I want to take you down/Sometimes I want to get you low/ Brush your hair back from your eyes/Take you down let the river flow. It's relevant because Szilárd Mezei's Tubass Quintet does carry out a mission to take you low. With a unique line up comprised of four double basses and a tuba, Mezei's Rested Turquoise does let a river of sound flow. The ... 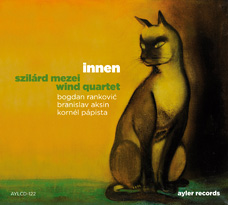 Serbian violaist Szilárd Mezei has gained a reputation as a composer/musician that rarely fits into ordinary definitions and conventions. Throughout his career, he has systematically blurred the boundaries between modern chamber contemporary music, European folk-based themes and jazz and free improvisation. His second release with his Wind Quartet, following We Were Watching the Rain (Leo, 2009), is no exception. With this unique quartet Mezei explores dark and deep-toned textures-- playing viola and composing for trombone, tuba and ... 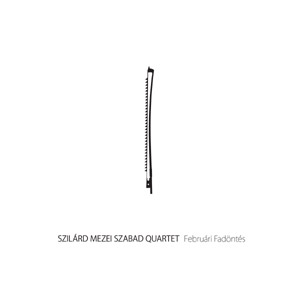 Serbian-born, Hungarian violist Szilard Mezei leads a quartet of his countrymen through a satisfying program of three multi-sectioned compositions on this limited edition LP. Mezei has become increasingly visible on the international scene, with a string of releases from ensembles of different sizes, and a guest appearance with the Fonda/Stevens Group. This new foursome features the attractive frontline blend of viola and Peter Bede's tenor saxophone, recalling the pairing of Billy Bang and Frank Lowe in the Jazz Doctors, but ... 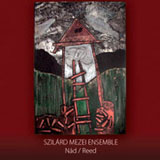 Szilard Mezei calls his music contemporary improvised music--a term that has often been used and abused, showing how music can either be transformed by imagination or lack thereof. The impact is in direct proportion to the skill of the musicians, which is why listening to the Szilard Mezei Ensemble is such a singular experience. The 14-piece band is a revelation, as comfortable in composed work as it is on the expanse of freedom.

The Hungarian Mezei was born in Senta, ...