Sometimes it is difficult to banish the words of Ecclesiastes from your mind when listening to a recording: “There is no new thing under the Sun." While that may be true of music in particular--one builds on the past, just as in other fields--it is no good reason for not listening or for simple indifference. Gerald Wilson's “Viva Tirado" has been around since the 1970s, and Wilson himself has been quoted as being once surprised by hearing the El Chicano ...

There is a train of thought which proposes that the beginnings of the modern Latin jazz movement originated with the co-mingling of mambo and bebop. Although there is no empirical evidence to support this proposition, the uptake of the Latin style by boppers such as Dizzy Gillespie, Charlie Parker and Herbie Mann gives some credence to the notion. The music presented by guitarist Ray Obiedo in Latin Jazz Project Vol. 2, while grounded in the Latin jazz construct, is delivered ... 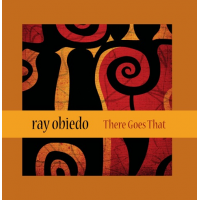