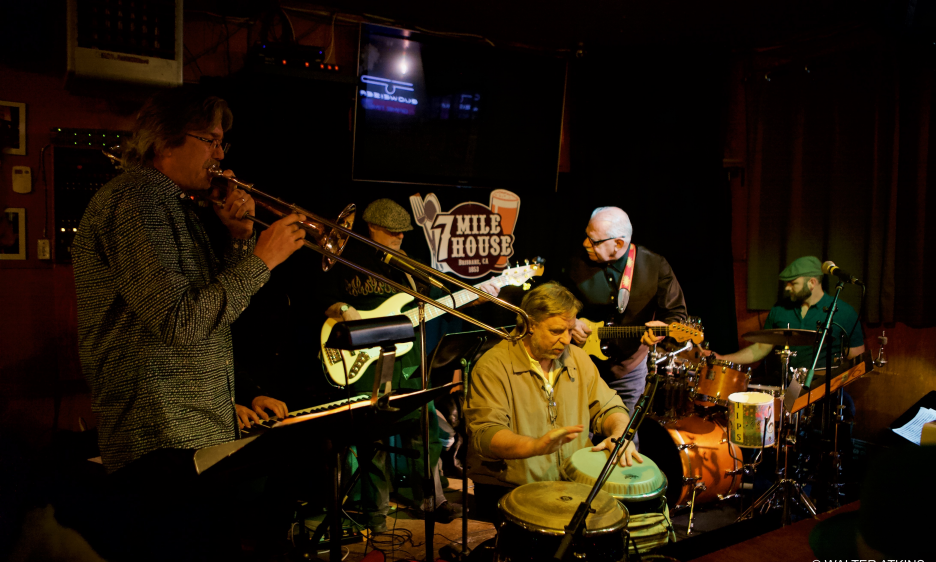 Philippines native Vanessa Garcia became the owner/manager of the House in 2004. As a former drummer, backup singer and original member of the Philippine-based female group 'Prettier Than Pink,' her flair for music and food came naturally. With a master's degree in public relations, she worked in the tech sector as a consultant. Garcia also self-published the book 'See You at the 7 -Stories From the Bay Area's Last Original Mile House.'

Under Garcia's direction, the House became an award-winning family restaurant, sports bar, and live music venue. This photojournalist had the excellent scampi dish and a friendly regular and architect sitting nearby at the bar had one of his favorites, the patty melt. Some people were casually standing outside on the sidewalk with their kids listening to the flowing music. After the Cartel finished their fine set later in the evening, pianist Pearson and friends had the House fully engaged with Keys' powerful guitar solos. For the festival closer, Obiedo and company treated the supportive patrons to his Latin infused brand of jazz and funk. According to the popular East Bay guitarist, they were scheduled to finish at 11:15 pm, but the gracious owner let the group continue its high-energy roll to just before midnight. The satiated crowd stayed a little longer to talk with the musicians before exiting into the cool dry evening.

The first annual 7 Mile House Jazz Festival in Brisbane CA provided a compelling new option for splendid music and dining in the San Francisco Bay Area. It was a cozy location where you can sit close to the performing bands. Everyone is looking forward to next year's festival and its continued success.