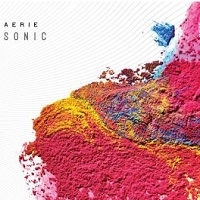 It is a little over two years since Ingo Hipp's pan-European quintet AERIE launched its impressive 2016 debut, Hatch & Host (Neuklang Records). Hipp's adventurous writing coupled with strong solo voices were the hallmarks of that outing, and, by and large, remain the guiding forces of SONIC. If anything, there's perhaps more emphasis on the compositional element at the expense of extended improvisations on the band's second release, with intricate unison lines, deft harmonic layers and knotty, undulating rhythms the ... 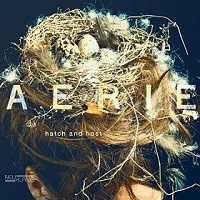 Band names whose meanings are obscure and whose pronunciations are uncertain can be annoying, so to clarify, an aerie is the nest of a bird of prey. It can be pronounced 'airy' or 'eerie," though the music on the debut of this multi-national quintet is neither. Instead, this overtly contemporary jazz veers between bucolic at one extreme and visceral at the other, with flowing improvisations contained within bold compositional frameworks that evolve organically this way and that. The eight compositions, ...