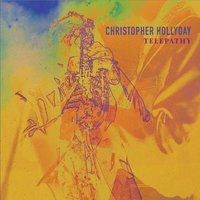 Born into a musical family in 1970, with a father who was crazy about bebop, there was little doubt where Christopher Hollyday would be going in life. He began playing alto saxophone when he was nine. His older brother Richard played trumpet and they played together in the Boston area for two years, causing the New York Times, to write: “At times they sounded as though Charlie Parker and Dizzy Gillespie had been reunited." Aged just 18, ...