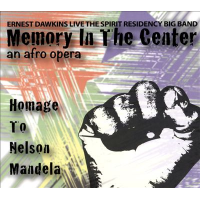 Perhaps no statesman (or woman), of the second half of the 20th century, personifies struggle for freedom and human rights as much as Nelson Mandela. This is because the late South African president dedicated his long life to ending apartheid and the injustices associated with it. His perseverance crowned by his success resonated globally. Saxophonist, and bandleader Ernest Khabir Dawkins composed and premiered a stirring suite as tribute to Mandela for the 2014 Chicago Jazz Festival. The concert ... 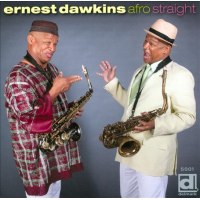 Ernest Dawkins is a multifaceted giant of the saxophone. He was part of the Association for the Advancement of Creative Musicians (AACM), a groove into which he perfectly fit, blowing fresh winds of change into the comfort zone of improvisation. The sum of his parts included commissioned works for the Black Metropolis Research Consortium and the Banliues Bleues Festival. He moves into another compact area this time, playing eight standards and two originals, and once again invests his individualism into ...

Afro Straight is Saturday music. That day following a work week where you take off your suit and tie or uniform, and put on that favorite sweatshirt and pair of jeans to kick back and relax in the familiar confines of your home. The familiar is your solace, and saxophonist Ernest Dawkins delivering time-honored standards is the equivalent of comfort food for the ears.Dawkins, a member of Chicago's AACM (Association for the Advancement of Creative Musicians), is a ... 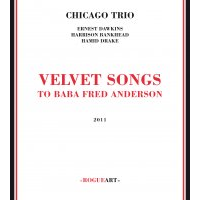 Drawn from two nights at Chicago's legendary Velvet Lounge, this double-disc set by three of the Windy City's finest provides fitting tribute to that establishment's late proprietor. Tenor saxophonist Fred Anderson was held in high esteem for his support for young musicians, non-judgmental direction, and provision of a space to experiment and perform. That the music was recorded two years prior to Anderson's passing lessens neither the saxophonist's influence nor the depth of feeling behind the dedication.Going under ... 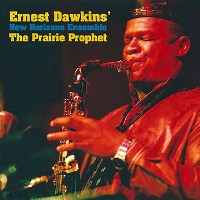 The Prairie Prophet is the fifth release on Delmark from reed player Ernest Dawkins and his band. It's clear that over the course of that association both leader and band have evolved to the point where they can be considered as one of the more vibrant, most urgently alive outfits on the scene. This album pays homage to the late and lamented tenor saxophonist and fixture on the Chicago scene, Fred Anderson, in whose Velvet Lounge these guys have also ... 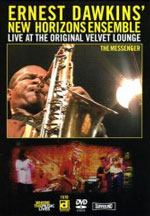 Live At The Original Velvet Lounge: The Messenger is the second DVD in a series documenting live performances at saxophonist Fred Anderson's renowned Chicago club. Filmed the day after Timeless, Anderson's own trio concert recording, The Messenger features AACM saxophonist Ernest Dawkins' flagship band, the New Horizons Ensemble, providing a full house with a liberal dose of, as Dawkins ...

Ernest Dawkins guides his New Horizons Ensemble in a program dedicated to longtime fellow traveler trumpeter Ameen Muhammed, recently passed. Both had roots with Chicago's Southside blues scene, and both belonged to the AACM, with Dawkins himself a past president. The sometime sextet performs here as a quintet, with rising star Maurice Brown handling the trumpet voicings. Brown made his impressive recording debut last year on Fred Anderson's Back at the Velvet Lounge, and with the New Horizon's Ensemble he ...