Billy F. Gibbons The Paramount The Big Bad Blues Tour Huntington, NY October 28, 2018 Jimi Hendrix said that Billy F. Gibbons was “America's best young guitarist" during an appearance on The Tonight Show with Johnny Carson. That's high praise and some pretty heady stuff. Gibbons is best known as the lead guitarist for ZZ Top and for his trademark flowing beard. For the past forty-seven years, since ... 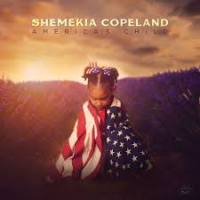 Blues Deluxe is a regular column comprised of pithy takes on recent blues and roots-music releases of note. It spotlights titles in those genres that might otherwise go unnoticed under the cultural radar. Introductory text goes here. Shemekia Copeland America's Child Alligator Records 2018 Notwithstanding its topical undercurrent, Shemekia Copland's American's Child packs a wallop because of its fundamental musical virtues: the quality of the material, the unity of the core accompanists ...

Billy Gibbons and the BFGs: Perfectamundo 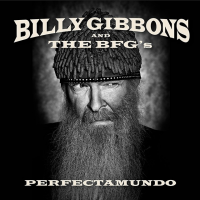 We are one hell of a long way from 1971 and ZZ Top's First Album (London). That music was as purely organic chewing tobacco and loose as the dust on the bank of the Rio Grande. Well, all that ended in 1976 with Tejas (London), which was the beginning of the band's ascendency to pop stardom in the '80s with songs shining with polish, humor, and technology. Break forward 40 years and band-frontman Billy Gibbon's picks up where he left ...

The Moving Sidewalks B.B. King's Blues Club & Grill New York, NY March 30, 2013 Before the beard, before ZZ Top and before the dawn of the '70s, Billy Gibbons was the guitar slinger for another Texas-based band. The Moving Sidewalks were active during the late '60s--1967 to 1969, to be precise--in Houston. The band's sound was heavily influenced by Jimi Hendrix, The 13th Floor Elevators, Texas Blues, Lightnin' Hopkins, Freddie King, T-Bone Walker, The ...