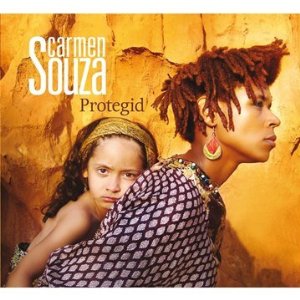 One often hears the expression, “It's all over the map." But it's rarely used been more truthfully or appropriately than when applied to Protegid, the third album by vocalist Carmen Souza, born in Lisbon, of Cape Verdean descent, and now residing in London. Singing in a colorful, eclectic Portuguese-based Creole, Souza illuminates, stretches, and snaps back the elastic connections between Latin, African and Arabic music, American jazz and the music of Cape Verde.Souza conclusively proves that the “world ...