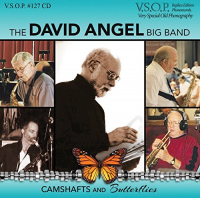 Like the proverbial tree falling in an empty forest, if a big band plays but no one hears it, does it still make a sound? That's basically the story of the David Angel Big Band, which has been rehearsing nearly every week for well-nigh half a century but has been heard by almost no one until now. Angel, a saxophonist / arranger who has made a good living for many years “ghost-writing" music for television and films and teaching composition ... 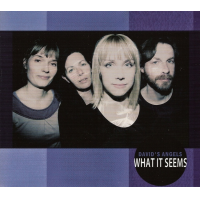 David's Angels creates stimulating sonic landscapes out of a unique fusion of various genres. Although electric bassist David Carlsson is the nominal leader of this innovative Danish-Swedish quartet and the producer of its second release, What It Seems, the album's signature sound is built around singer Sofie Norling's haunting delivery and incandescent tone. Norling not only penned all the lyrics, she also composed the music on this dark-hued paean to love's demise, together with keyboardist Maggi Olin.The melancholic ...

The Swedish quartet David's Angels has proven in its debut release, Substar (Kopasetic, 2010), its ability to encompass emotionally charged issues with expressive, storytelling musical articulations. The sophomore release puts this approach in a more demanding test. What It Seems chronicles the demise of a meaningful love affair and its protagonist, singer-songwriter Sofie Norling making the peace process with its emotional implications-- the feeling of betrayal, loneliness, anger but also the needed sense of liberation. Norling's songs ... 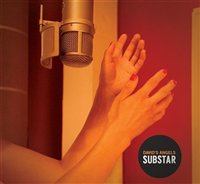