DJ and producer Rob Garza has been known as one half of the kaleidoscopic duo Thievery Corporation, along with Eric Hilton. Earlier this year Garza released a collection of 14 remixes that he has done for artists such as Gogol Bordello, Tycho and Miguel Migs. Remixes is a crisscross concoction that merges beats, ambient waves, low --fi, psychedelic, deep house into an intriguing whole. On the other front, regarding Thievery Corporation, the band has been touring sporadically and has just ... 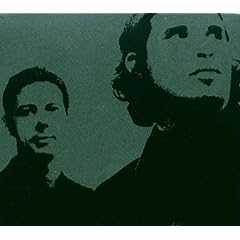 In the ideal world, a collection of mixed tracks on disc should resemble something a DJ would put together on air or at a party. It needs flow, it needs balance, and it needs variety. Having spent time doing radio, I can speak for the importance of the big picture when assembling material from diverse sources.

The Outernational Sound comes in the form of a twenty-track set representing nineteen artists. It's been officially dubbed a DJ set by ...