Our stash of exciting recent and upcoming releases was replete with great new music from France so we had to devote to it a whole section of this week's show. Dive into large and small ensemble music of unbounded creativity and multiple influences. Happy listening! PlaylistBen Allison “Mondo Jazz Theme (feat. Ted Nash & Pyeng Threadgill)" 0:00 Mina Agossi & Age 7 “All Spontaneous" All Spontaneous -Single (Alchimie) 0:16 Host talks 3:57 The Volunteered Slaves “Astronaef" ... 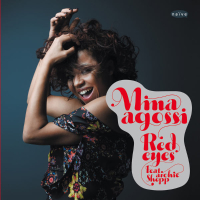 The French Classical Naive label continues its campaign into jazz with Mina Agossi's Red Eyes. Her second recording for the label after 2010's Just Like A Lady, Red Eyes finds the French singer staking out her rightful claim on what only can be described as the furthest molecule on the cutting edge of jazz vocals, before everything turns to infinity. While it is true that Agossi's vocal style still colors within the lines of conventional jazz wisdom, she erases those ... 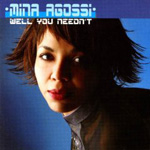 Recorded in October 2001, Mina Agossi’s E-Z Pass to Brooklyn has already been making the rounds in the Francophone world for some time, where at least one reviewer has lauded the effort as “incroyable” and even goes on to say, “Chaque morceau est une surprise.” Another reviewer favourably chimes in, “jamais vous n’avez entendu quelque chose comme E-Z Pass to Brooklyn.”

“Incredible.” “Each song is a surprise.” “You’ve never heard anything like E-Z Pass to Brooklyn.” Bold statements, ...