Jorma Kaukonen: Been So Long - My Life & Music 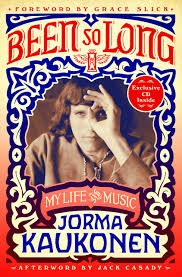 Been So Long: My Life & Music Jorma Kaukonen 368 Pages ISBN: # 978-1250125484 St. Martin's Press 2018 Anyone who reads Jorma Kaukonen's memoir Been So Long is bound to be surprised. But what the venerable musician recounts in My Life and Music may startle fans and followers most of all, not just with the account of all his trials, tribulations and epiphanies, but by the tone of equanimity with which he shares ... 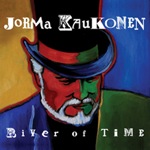 Jorma Kaukonen's revival of his partnership with Jack Casady of Hot Tuna over the last decade has also inspired him as a solo musician. The guitarist/vocalist/composer has produced the Grammy-nominated Blue Country Heart (Columbia, 2002) as well as the splendid Stars in my Crown (Red House, 2007). River of Time is an even more heartfelt and sympathetic collaboration.

The melancholy melody and heartrending lyrics of Hot Tuna's vintage “Been So Long" sets the tone for the CD in its crystal-clear ...

Jorma Kaukonen: Stars In My Crown 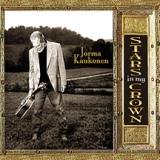 Listening to this studio recording of Jorma Kaukonen's , it's well to remember that he was a devout student of country blues when, back in the 1960s, he enlisted in the ranks of psychedelic radical icon group, Jefferson Airplane (whose name was parodied from blues artist, “Blind Lemon Jefferson).

Stars In My Crown extends the guitarist/vocalist/songwriter's study and rediscovery of the genre. The CD reflects a genuine love for the music, its history and consequently it's as much ...