Derek Nash Acoustic Quartet: You've Got To Dig It To Dig It, You Dig? 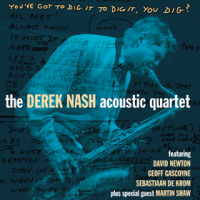 You've Got To Dig It To Dig It, You Dig?: not just a groovy album title, but wise words of advice. Saxophonist and bandleader Derek Nash clearly takes this advice to heart, crafting an album that's filled with eminently dig-able music. The advice that inspires Nash and his fellow players, as well as inspiring the album title and a tune of the same name, comes from Thelonious Monk. A few more of Monk's helpful hints--collected in 1960 by ... 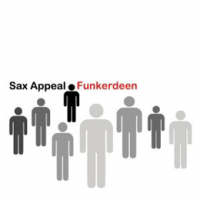 Three decades since it was established, by leader and alto player Derek Nash, the UK's Sax Appeal still retains the fire and enthusiasm of youth--and a five saxophone front line that's more than capable of translating that energy into a big, bold, crowd-pleasing sound. Funkerdeen is the band's sixth album. As the title suggests, funk is to the fore, but there's also more than a hint of Latin, smooth '80s soul-jazz and a little bit of New Orleans.

One of the strengths of the current British jazz scene comes from its core of mainstream, straight-ahead musicians, who focus their creative abilities on drawing fresh nuances from established musical styles; saxophonist Derek Nash is one of them. Joyriding features what he refers to as his “regular quartet," although that phrase does scant justice to the quality of the musicianship. Nash is a member of Jools Holland's Rhythm And Blues Orchestra, a regular presence on BBC TV ... 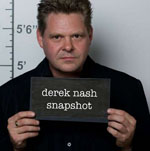 Despite releasing seven albums with his jazz/funk/fusion bands Sax Appeal and Protect The Beat, and a previous solo album, Setting New Standards (Jazzizit, 2000), British saxophonist Derek Nash remains something of an unsung hero. He has, perhaps, been engaged in such a diversity of projects--playing with pianist Jools Holland's Rhythm and Blues Orchestra, running his Clowns Pocket Studio, and helping manage the Jazzizit label with singer Trudy Kerr--that he doesn't have the time or single-minded focus to work on his ...