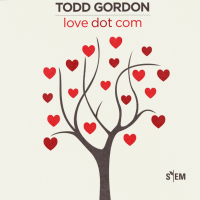 love dot com is an album of standards and contemporary jazz/pop songs from Scottish vocalist Todd Gordon. It follows his 2012 release with the Royal Air Force Squadronaires, Helping the Heroes (Specific Jazz) but while that album featured a big band and a series of top-flight guest singers, love dot com is a much gentler affair. Some excellent, and unexpected, song choices can be found here. Karl Wallinger's “She's The One," Jimmy Webb's “Didn't We" and Roddy Frame's ... 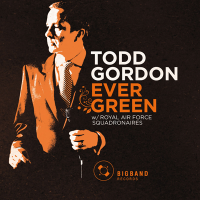 Meet Todd Gordon:In just a few years, Todd Gordon has established himself as “one of Britain's most popular singers and entertainers" (Scottish Television). An avid Beatles fan until the age of 11, his musical horizons broadened when he heard Frank Sinatra's Songs for Swingin' Lovers! album. From that moment, he collected almost every recording by Ol' Blue Eyes whilst expanding his interest in jazz and swing, encompassing numerous other renowned singers and instrumentalists.Further inspiration came in ... 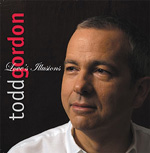 Todd Gordon sings standards with a deep respect for the tradition that they represent. His clear, baritone voice offers one of the finest examples of tonal clarity among contemporary male singers who work in jazz. The arrangements that support him come with in spirit of jazz. His highly accurate musical performance is complemented by the ensemble working alongside him. The mix, however, places the whole product into a muddy turmoil in more than one instance.With the album's opening ...