Ulf Wakenius & Martin Taylor The National Centre For Early Music March 8, 2018 Martin Taylor and Ulf Wakenius are a prime pair of guitarists from their respective countries, England and Sweden. They've worked together regularly, but presumably touring mostly outside of the UK. This duo set, electric but toned down in volume, had a friendly vibe of playful competition, unavoidable when two artists are exchanging solos, besides delivering the main melody of a ...

Happenstance may play a role in turning dreams into reality, but anyone who's ever realized a burning ambition will appreciate just how much hard work has paved the way. Two phone calls out of the blue almost twenty years apart opened doors to Swedish guitarist Ulf Wakenius, that in the first case he could only have dreamt about, and in the second, he could never have imagined. In 1997, in fairly dizzying circumstances, Wakenius suddenly found himself in ... 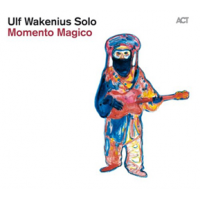 If guitarist Ulf Wakenius' Vagabond (ACT Music, 2012) was a highlight in a discography that stretches back thirty years to Urban Experience (Dragon, 1984) then Momento Magico--which possibly raises the bar still further--serves as an anthology of his influences both old and new. Wakenius has toured the world extensively for decades, so it's perhaps unsurprising that the rhythms and melodies he's encountered have increasingly influenced his sound and broadened his vocabulary. On this sparkling solo effort Wakenius' six strings entertain ...

Momento Magico is a solo outing from Swedish guitarist Ulf Wakenius, an exploration of three acoustic instruments--steel and nylon strung guitars and acoustic bass guitar. Wakenius undertakes this exploration across a mix of self-penned tunes and works by writers as varied as Erik Satie, Charles Trenet and Sixto Rodrigues. Wakenius is an impressively adaptable player, who's resumé includes work with Ray Brown, Youn Sun Nah and, most famously, Oscar Peterson (The OP in “Notes For OP And Wes"). ... 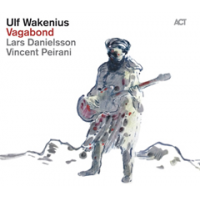 Swedish guitarist Ulf Wakenius is perhaps best known for his ten year stint in pianist Oscar Peterson's trio, following in the footsteps of guitarists Barney Kessel, Herb Ellis and Joe Pass. Wakenius clocked up enough road miles with Peterson to have traveled to the moon and back, and he also toured extensively and recorded with bassists Ray Brown and Niels-Henning Ørsted Pedersen. These heavyweight associations have tended to overshadow his own projects as leader, which date back more than two ... 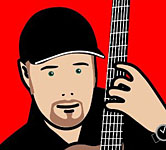 For the second in its Signature Edition compilations, dedicated to--and selected by--its vanguard artists, ACT profiles a guitarist who only became an exclusive artist in 2005, with the release of his homage to pianist Keith Jarrett--Notes From the Heart--but whose career truly demands retrospection and reevaluation. Unlike Signature Edition 1's fusion guitarist Nguyên Lê, who has released nearly a dozen labels for Siggi Loch's German label, Swedish six-stringer Ulf Wakenius has, in addition to a handful of ACT guest appearances, ... 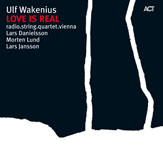 While the recent proliferation of piano trios has proven the pop/rock world can provide plenty of grist for jazz exploration, few are as successful as e.s.t. in writing instantly (and consistently) memorable original material that's rife for reexamination by others. The democratic trio attributes its writing to the group, but pianist Esbjorn Svensson is clearly its main ideas man.Ulf Wakenius mined iconic pianist Keith Jarrett for the sublime Notes from the Heart (ACT, 2005). But this virtuoso Swedish ...