The thirteen new tracks on American Music Vol. VII celebrate Grupo Fantasma's first studio album in five years as well as the nineteenth anniversary of Austin's preeminent Tex-Mex party band. In several ways, Vol. VII sounds like much of their previous music: This Grupo can spice up and rock an energetic, celebratory party sound that few other bands can match. But this music also sounds and feels different and as a result remains vibrant and vital, too. 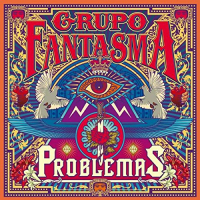 It took five years and a new producer for Grupo Fantasma, the powerhouse Austin (TX) fusion ensemble that brings together musicians from Texas and Latin America, to follow-up their 2010 Grammy-winner El Existential (Ingrooves/Nat Geo Music).But Problemas, the first release that the band did not produce itself, proves worth the wait. “We thought a new process would help us find a unique voice and create a story," explains bassist Greg González. “For our part, we felt that one ... 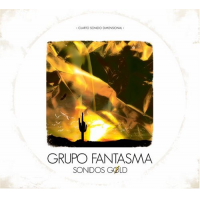 When you've got Prince's seal of approval, little else matters. Austinites Grupo Fantasma have long been the Purple One's band du jour, logging a two-month residency at his Las Vegas nightclub 3121, a Golden Globes after party performance that saw the band joined by Prince, Talib Kweli, Will.i.am, Mary J. Blige, and Marc Anthony, as well as other performances alongside the icon in London, Miami and the Capital City itself. Sonidos Gold is the best document of ...