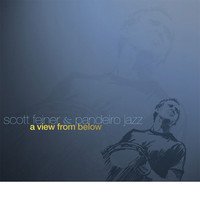 New York City-based jazz musician Scott Feiner's fourth recording as a leader draws attention to his unique artistry as a pandeiro player, which is a hand drum he discovered during his first trip to Brazil in 1999. As an educator, he's spread the good word with presentations and workshops across the globe. Interestingly enough, Feiner's percussive aplomb is almost beyond belief, especially when considering what he accomplishes on one relatively small drum. You can almost hear the fusion of a ...

Scott Feiner & Pandeiro Jazz Zinc Bar New York, NY August 30, 2013 At a rare New York City performance, Rio de Janeiro-based pandeiro player Scott Feiner showcased a set of solely original material from his upcoming independent release A View From Below. Backed by a trio rounded out by Vitor Gonçalves (keys) and Guilherme Monteiro (guitar), he kicked things off with the title track, a fast-paced tune that blended his ...

Scott Feiner and Pandeiro JazzZinc BarNew York, NYNovember 3, 2010 For the CD release event for his third CD Accents (Zoho, 2010), pandeiro jazz innovator Scott Feiner took the stage with the same musicians that played on the recording sessions: Freddie Bryant (acoustic and 12-string guitar), Joel Frahm(tenor and soprano saxophone) and Joe Martin (bass). Feiner seemed determined to take the music into a different direction: instead of the more Brazilian-inspired material from previous live ... 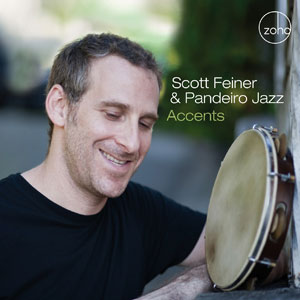 While drummer-leaders don't usually get enough credit, pandeiro-leaders usually don't exist. The pandeiro--a small, handheld instrument that marries that best traits of a deeper-sounding, jingle-less frame drum and a tambourine--is a staple of Brazilian percussion. When Scott Feiner first encountered the instrument, during his first trip to Brazil in 1999, he immediately took to it. In fact, his interest in the instrument was a factor in his decision to relocate to Rio. Several years later, Feiner felt ...

Meet Scott Feiner:Scott Feiner's musical story is not a common one. Not only is he an American pandeiro player, but he also introduced this Brazilian hand drum to the world of jazz in a highly personal way. A native of New York City, Feiner received a Bachelor of Music degree in Jazz Studies/Guitar at the Hartt School of Music in Hartford, Connecticut, where he studied jazz history with the legendary saxophonist Jackie McLean. In the ...

Quite a few fans and critics seem to have a misconception of Scott Feiner's Pandeiro Jazz project. Because he lives in Rio de Janeiro, plays the pandeiro and often includes compositions by Brazilian songwriters like Antonio Carlos Jobim and Luis Gonzaga, many are quick to label his work as “Brazilian jazz." However, listening to him ... 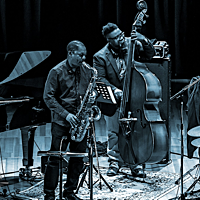