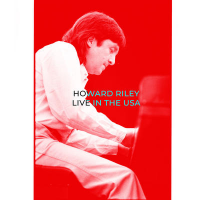 This archival issue should further bolster British pianist Howard Riley's place among the top rank. Riley first came to prominence with the advent of his pioneering trio with bassist Barry Guy and various drummers including Tony Oxley, which extended yet further the egalitarian template first established by Bill Evans and Paul Bley. However Live In the USA is a forward looking outing in the unaccompanied format Riley has made his own throughout a career which has seen more than fifteen ... 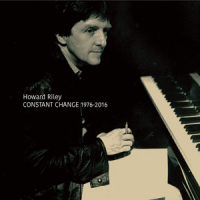 Howard Riley's discography contains at least 14 entries under solo piano. And that doesn't count the dates where he overdubbed himself two or three times. So listeners might legitimately ask the question: do we need any more? Well on this showing the answer is, unfortunately for sagging shelves, a resounding yes. Constant Change 1976-2016 brings together two CDs worth of concert and out of print selections recorded between 1976 and 1987, and supplements it with three CDs ...

Howard Riley and Keith Tippett Pizza Express London March 9, 2015 It's been a while since two of the world's great improvising pianists played together--twenty-two years to be precise. This fact alone may have brought a goodly and appreciative turn-out to Soho's Pizza Express Jazz Club. If so, Howard Riley and Keith Tippett met all their expectations. delivering a three fine sets--alone and finally together. Tippett opened the event--hints of blues ... 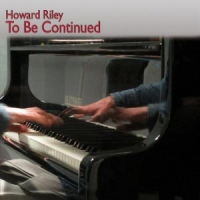 With the reissues of Discussions, Angle and The Day Will Come, the last few months have offered an embarrassment of riches for Howard Riley fans. We have here two recent solo recordings, one in the studio and one live in Lithuania, and a live duo album with the late, great Jaki Byard from 1985. Of course, there was a great deal going on between The Day Will Come and 10.11.12. There were duos with Keith Tippett, quartets with Art Themen ... 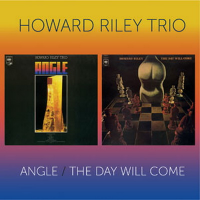 Even allowing for journalistic hyperbole, the phrase “reinventing the jazz piano trio" was a doozy. It all seemed a bit “Emperor's new clothes" or, as my late mother used to put it, “new coat and no knickers." For a time in the noughties, British critics variously applied the phrase to Esbjorn Svensson, Brad Mehldau, The Necks, The Bad Plus, Michael Wollny, Vijay Iyer and even Neil Cowley. One wondered what these writers knew of Cecil Taylor, Paul Bley, Don Pullen ... 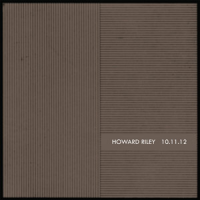 English pianist Howard Riley has found a late career champion in the Lithuanian No Business imprint. 10:11:12 constitutes his fourth release in as many years. In the liner to his previous album Live With Repertoire (2013), the pianist explained that he likes to characterize his gigs into with/without repertoire. As such this outing falls mainly into the latter camp, comprising as it does five inventions and a standard. Over the decades Riley has shown himself to be a master of ... 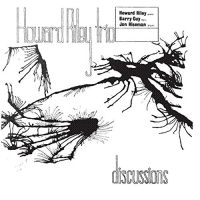 The reissue on CD of Howard Riley's Discussions is to be welcomed, since it only ever saw a highly limited pressing of 99 copies when first released on the Opportunity label in 1967. It is also an important historical artefact because it provides a tangible clue as to how Riley progressed, via the foresight of David Howells at CBS, to record two outstanding albums Angle and The Day Will Come for that label. The sound quality on Discussions is not ...